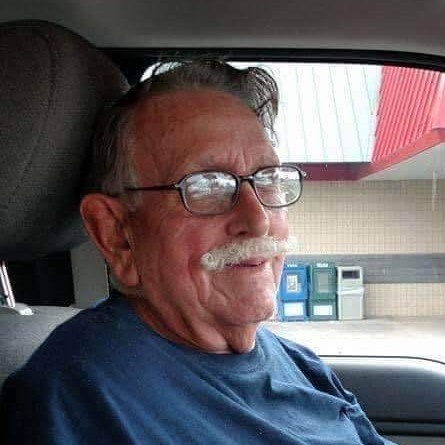 A Private Graveside Service will be held at Ithaca Cemetery, Ithaca, Michigan.

William was born in Ithaca, Michigan on November 2, 1931, the son of Willie and Bessie (Yarnell) Young.  He graduated from Ithaca High School with the class of 1949.  On August 3, 1952 he married Frances Eileen Dickerson in Ithaca, Michigan.  They were blessed with 59 years of marriage, prior to her passing on August 19, 2011.

Bill was a factory worker and a farmer. He enjoyed visiting and working in his garden, his grandchildren were very important to him and brought him much joy. Bill was a member of East Washington United Brethren Church, Ashley, Michigan.

He is survived by his son Bruce and Bozena Young of Ithaca, MI; his grandchildren: Jacob and Farrah Gladding of Elwell, MI; Nacomie and Chad Wallman of Ludington, MI; Georgena and Chris VanHorn of Weidman, MI; and eight great-grandchildren.  He was predeceased by his parents, his wife Frances, and two children: Vicky Lynn Young and Jerry Lee Young.

Memorials may be made to Maple View Assisted Living, The Hospice Unit, 4390 South Luce Road, Ithaca, Michigan 48847. Online condolences can be sent to www.smithfamilyfuneralhomes.com. The family is being served by Smith Family Funeral Homes, Ithaca, Michigan.

To order memorial trees or send flowers to the family in memory of William Richard Young, please visit our flower store.