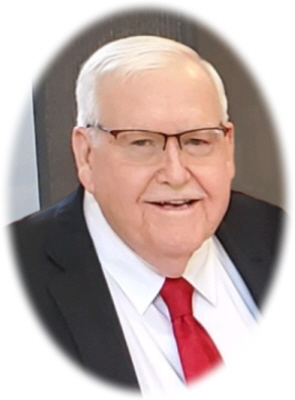 Bill was born in Cloverdale, British Columbia on January 12, 1934, the son of Dalton George and Annie (Lightbown) Blackwell. Bill married Sandra Karen McDaniel on March 4, 1961, in Highland, MI.  Sandra passed away on September 13, 2014.

When Bill was 15 he started working at the family service station in Berkley, MI. Bill retired from General Motors as a Security Officer after 28 years of service. He enjoyed deer hunting, pheasant hunting, gardening, and farming. Bill liked taking care of his home, yard work, and was known to help his neighbors. Bill loved being with his family and was known as a good storyteller. Bill was a very patriotic American who loved his country.

Memorials may be made to Salvation Army. Online condolences can be sent to www.smithfamilyfuneralhomes.com. The family is being served by Smith Family Funeral Homes, Ithaca, MI.

To order memorial trees or send flowers to the family in memory of William Blackwell, please visit our flower store.