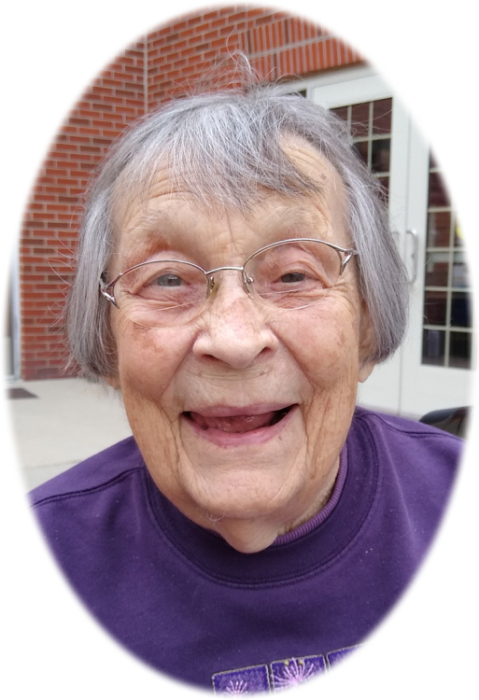 A Celebration of Life will be held at Smith Family Funeral Homes, Ithaca, Michigan, on Saturday, April 2, 2022, at 10:30 A.M, with her son Michael Carl Teachman, officiating.  A Private Burial was held at North Star Cemetery, on January 10, 2022,  North Star, Michigan.

Virginia was born in Ithaca, Michigan, on February 2, 1921, the daughter of Carl Watson and Lottie Eleanor (Mills) Husted.  She graduated from Perrinton High School with the class of 1938.  She married Gwendell Vernon “G.V.” Teachman on June 29, 1941 in Ithaca, Michigan, they were blessed with 69 years of marriage; prior to his passing on August 30, 2009.

She and G.V. moved to Detroit, after they were married and lived there for over 30 years.  They were members of Covenant Baptist Church in Detroit, where she taught Sunday school and was a Girl's Guild Leader; and also a Deaconess.   She worked a part-time as a Nursery School Teacher, a clerk at Hudson's Department Store, and did various types of election work in Ithaca, MI.   After she moved to Ithaca, she was a member of Ithaca United Methodist Church.

She is survived by her son Michael Carl and Elizabeth Teachman of Farmington, MI; three grandchildren: Timothy and Claudia Teachman of Granada Hills, California; Melissa and Brandon Dawe of Livonia, MI; Jeremy and Mahsa Teachman of Kalamazoo, MI; and she is also survived by seven great-grandchildren: Titan, Brandon, Emilia, Merica, Mason, Anderson, and Colin.  She was preceded in death by her parents, husband G.V, and her daughter-in-law Patricia Teachman.

Memorials may be made to Ithaca Senior Activity Center, where G.V. and Virginia were the founding members of this organization and started it out of the basement of their home.  Online condolences may be made at www.smithfamilyfuneralhomes.com.  The family is being served by Smith Family Funeral Homes, Ithaca, Michigan.

To order memorial trees or send flowers to the family in memory of Virginia Teachman, please visit our flower store.
Send a Sympathy Card