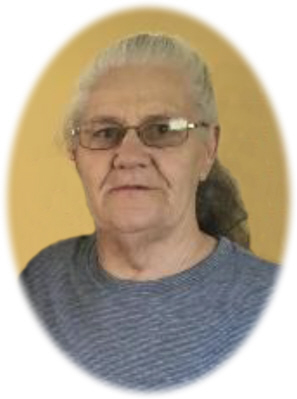 Virginia Sylvia Moore, 74, of Ashley, MI, passed away peacefully with her daughter at her side on Wednesday, April 7, 2021, at the Hospice House of Mid Michigan, Lansing, MI.

Funeral Services will be held at Smith Family Funeral Homes, Elsie, MI, on Monday, April 12, 2021 at 11:00 A.M., with her nephew Pastor Terry Bailey officiating.  Burial will take place at Ford Cemetery, Gratiot County, MI. Visitation will be held on Sunday, April 11, 2021 from 2-8 P.M. at the funeral home.

On July 25, 1964, Virginia married Richard Allen Moore. They were blessed with nearly 57 years of marriage. Together they owned and operated Town and Country Auto Salvage for over 50 years.

Virginia dearly loved her family, especially her grandchildren. She welcomed many others who claimed her as "Mom".  She was a devoted wife who always looked forward to spending time with Richard. Her faith was the foundation of her life and she was actively involved in the Owosso United Missionary Church for many years.

Memorials may be made to the Owosso United Missionary Church, 1595 N. Hickory St. Owosso, MI. Online condolencesmay be made at www.smithfamilyfuneralhomes.com. The family is being served by Smith Family Funeral Homes, Elsie, MI.

To order memorial trees or send flowers to the family in memory of Virginia Moore, please visit our flower store.