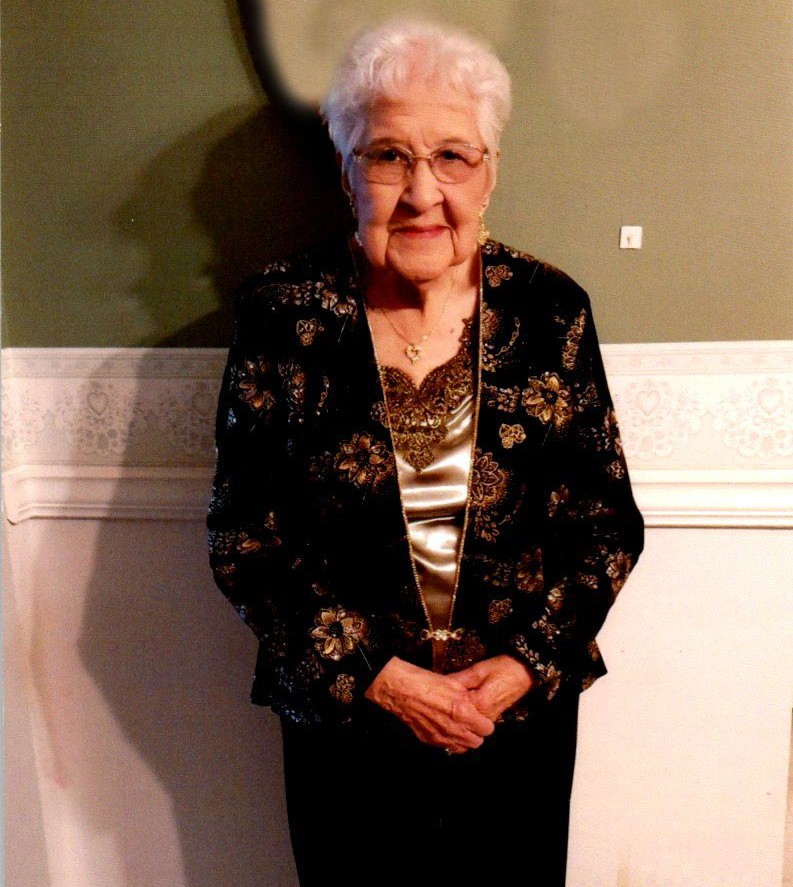 Violet Irvine Smith, age 100, of Owosso, MI, passed away Sunday, January 23, 2022, at McLaren Regional Medical Center, Flint, MI.
A Memorial Service will be held at St. Paul's Episcopal Church, Corunna, MI 48817, at 2:00 P.M. on Tuesday, February 1, 2022, with Pastor Russ Merrill officiating.
Violet was born in Ontario, Canada on 6 Nation's Reservation on September 6, 1921, the daughter of Herbert H. and Christine Sophia (Hill) Martin. Irvine and David moved to Flint in 1950 for work. After David's retirement they moved to Wiggin's Lake in Gladwin, MI. After David passed away she moved to Owosso, MI to be closer to her family. She was very active with the Gladwin Eastern Stars, Owosso Eastern Stars, and the Salvation Army in Owosso. She was a member of St. Paul's Episcopal Church in Corunna, MI. Irvine loved to travel!
She is survived by her son David G. and Linda Smith of Ovid, MI; and step-grandson John Buck and Kim Seagers of Ovid, MI. She was preceded in death by her parents, her husband, grandson David W. Smith, great-grandson Joshua Buck, and many brothers and sisters.
Memorials may be made to St. Paul's Episcopal Church, 111 S. Shiawassee St., Corunna, MI 48817. Online condolences can be sent to www.smithfamilyfuneralhomes.com. The family is being served by Smith Family Funeral Homes - Houghton Chapel, Ovid, Michigan.

To order memorial trees or send flowers to the family in memory of Violet Irvine (Martin) Smith, please visit our flower store.