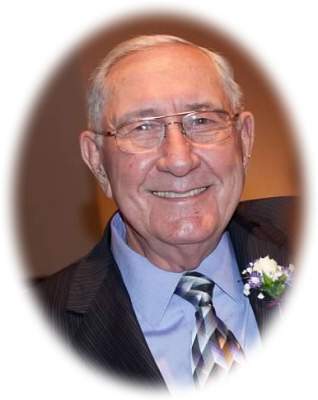 Vernon Gene "Bill" Hirschman, age 91, of Ithaca, MI, passed away from a heart attack surrounded by the love of his family Sunday, February 14, 2021, at Mid-Michigan Medical Center, Alma.

Bill was born in Bay City, Michigan on July 26, 1929, the son of Marshal and Cecille (Davis) Hirschman. He graduated from Ithaca High School with the class of 1947.

Bill was 2nd in the State in the 440 and played baseball at Ithaca High School. He played semi-pro baseball for the Ada Herefords (affiliated with the St. Louis Browns) in Ada, Oklahoma for a monthly salary of $125/month in 1947-1948.

On September 11, 1949, Bill married Charlotte Jane Parfitt in Ithaca, Michigan.  She preceded Bill in death on June 22, 2011 after 61 years of marriage.  For the past several years, Bill has enjoyed the company and adventures of life with his special friend Carol Reeves.

Bill was a farmer at heart and milked cows with his father Marshal.  In 1961, they sold the dairy herd and concentrated on beef cattle and cash crop farming. Bill also worked at Ithaca Elevator, North Star Elevator and was the Quality Control Manager at B & W Co-op for 21 years, retiring in 1992.

Bill loved attending his children, grandchildren and great grandchildren's activities.  He found great joy in assisting his grandchildren with their 4-H projects.  Bill enjoyed traveling and camping around the country.  He enjoyed evening drives to inspect the crops, stopping at the farm shop, and, of course, stopping to get ice cream.

Memorials may be made to Gratiot County Fair for Youth - 701 S Lincoln Ave, Alma, MI 48801. Online condolences may be made at www.smithfamilyfuneralhomes.com. The family is being served by Smith Family Funeral Homes, Ithaca, Michigan.

To order memorial trees or send flowers to the family in memory of Vernon Hirschman, please visit our flower store.
Send a Sympathy Card