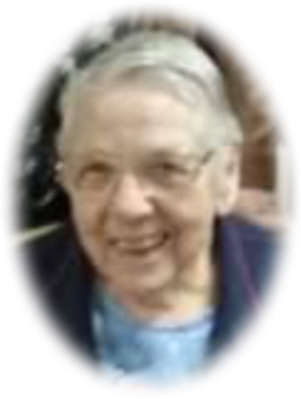 In following Verena's wishes there will be no services and burial will be at Payne Cemetery.

Verena was born in Newfield Township, MI on August 5, 1927, the second oldest of the eight children of Jesse Leroy and Ida (Inniger) Drake. Her family moved to the Gratiot & Montcalm County area. They settled in Perrinton, buying the Perrinton Restaurant. Verena bought the restaurant from her parents in the early 60's.

Verena loved to cook and bake. She liked to can lots of the food grown in their garden. Verena especially enjoyed babysitting for many of the family members.

Later in life, Verena and Ron moved to Alma and lived there for a few years. After Ron died, she moved to the Ithaca Trailer Park where she loved watching the birds, deer and all the traffic that would go by. While living there, she baked lots more and enjoyed giving the baked goods away to others.

In July 2014 as Verena's health declined, she moved into Arbor Grove Assisted Living in Alma. There she enjoyed some very dedicated staff and felt right at home with the other residents. She also was able to help bake there, too.

Verena's family would like to extend their gratitude and friendship at Arbor Grove for taking great care of Verena over the last five and one-half years. Online condolences can be made at www.smithfamilyfuneralhomes.com. The family is being served by Smith Family Funeral Homes, Ithaca, Michigan.

To order memorial trees or send flowers to the family in memory of Verena Howell, please visit our flower store.
Send a Sympathy Card