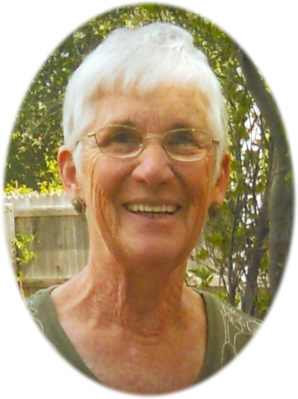 A Private Graveside Service will be held at Mt. Rest Cemetery with Chaplain Chris McNeilly officiating.

Theresa was born in Westphalia, MI on April 3, 1941, the daughter of Donald "Uncle Pete" and Veronica "Fronie" (Hoerner) DuMond. She graduated from Rodney B. Wilson High School with the class of 1960.

Theresa loved to crochet and passed that love down to her daughter and granddaughter. Her "scrubbies" were well-known and highly sought-after, as were all of her crafts. Her grandkids always looked forward to "Christmas at Grandma's" and "Grandma's Special Jerky." Theresa loved her family and cherished the time spent with them.

Theresa is survived by her children: Ray (Marcia) Metzmaker of Lansing; Tina (Norm Shaw) Ward of St. Johns; and Brian (Jen) Metzmaker of St. Johns; 9 grandchildren; and 1 great-grandson with one more on the way. She is also survived by her sisters: Elaine Wells and Ellie (Stu) Hebner, and several nieces and nephews.  Theresa was preceded in death by her parents, husband Jerry, sister Donna Morrison, 2 brothers: Roy DuMond and Lee "Butch" DuMond, niece Darcy Cypher and nephew Frank "Buzzy" Wells.

Online condolences may be made by visiting Theresa's obituary at www.smithfamilyfuneralhomes.com. The family is being served by Smith Family Funeral Homes - Osgood Chapel, St. Johns, MI.

To order memorial trees or send flowers to the family in memory of Theresa Metzmaker, please visit our flower store.