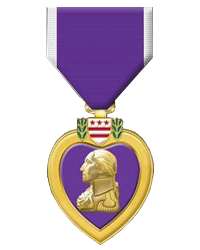 Cremation will take place. A Graveside Service with Military Honor's will be held at Ithaca Cemetery, Ithaca, MI on Saturday, January 30, 2021 at 1:00 P.M. A Celebration of Ted's life for family and friends will be held at a later date.

Ted was born in Alma, MI on November 26, 1943, the son of Clifford and Pauline (Coon) Hegle. He graduated from Ithaca High School with the class of 1961. On June 23, 1990 he married his best friend Judy Coe at Carp Lake, MI. They were blessed with 30 years of marriage.

Ted worked as a millwright at Federal Mogul for 40 years. He proudly served his country in the United States Army in Vietnam where he received a Purple Heart.

He was an avid hunter and fisherman. Ted loved camping, canoeing, fishing and dancing with the love of his life Judy. Ted was an animal lover; he and Judy had many beloved pets over the years. He loved restoring classic cars and attending car shows. He enjoyed playing cribbage weekly with his life long friend Keith.

He had a wonderful sense of humor and he was a gentle lovable person who will be greatly missed. He never spoke an unkind word about anyone. Ted's family was most important to him.

He is survived by his wife Judy Hegle, children: Neil and Stephanie Hegle, Gina and Stephen Barnes, Daniel and Karen Austin, Trisha and David D'Haene, Polly Austin and David, grandchildren: Jacob and Maci Barnes, Aaron Barnes & fiancée Skylar, Hannah Barnes, Benjamin and Daniel Hegle, Daniel and Evelyn D'Haene, Joshua and Katelyn D'Haene, Jessica and Nicholas Ferris, and Patrick D'Haene, Amber and Ashleigh Austin and 6 great grandchildren. He is also survived by sisters: Judy and Ted Bosley and Jeanine and Howard Burgess. He is also survived by several nieces and nephews that adored him.  He was preceded in death by his parents, twin brother Terry Hegle, brother Tom Hegle and nephew Gabe Cassady.

Memorials may be made to wishes of the family donations will be made directly to Judy Hegle. Online condolences can be made at www.smithfamilyfuneralhomes.com. The family is being served by Smith Family Funeral Homes, Ithaca, MI.

To order memorial trees or send flowers to the family in memory of Ted Hegle, please visit our flower store.