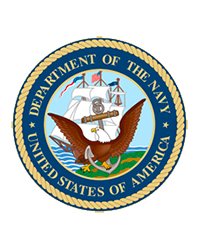 Steve was born in Marquette, MI on September 21, 1941, the son of Samuel and Jeannette (Tousignant) Bernard. He graduated from Bishop Baraga High School, Marquette, MI with the class of 1959. Steve proudly served his country with the United States Navy.

After serving in the Navy, Steve was a State Police Officer in Warren, Ionia and L'Anse, MI. Later, Steve was a bus inspector for the State of Michigan until his retirement in 2008.

Steve loved his family dearly, especially his grandchildren who called him "Papa". He was an outdoorsman and loved going to "The Camp".

In lieu of flowers, memorials may be made to St. Joseph/St. Paul Catholic Church 715 E. Oliver St. Owosso, MI 48867 or to the charity of your choice. Online condolences can be made at www.smithfamilyfuneralhomes.com  The family is being served by Smith Family Funeral Homes - Houghton Chapel, Ovid, MI.

To order memorial trees or send flowers to the family in memory of Stephen Bernard, please visit our flower store.