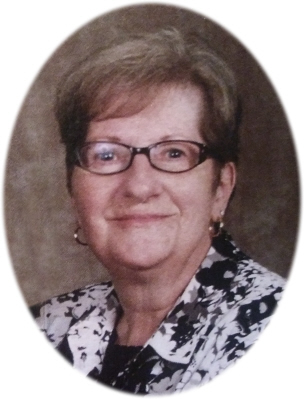 Cremation has taken place and a burial will be held at a later date in Ithaca Cemetery, Ithaca, MI.

Sharon was born in Blissfield, MI on July 13, 1938, the daughter of Melvin and Mildred Lorene (Webb) Wandt. She was raised by her mother Mildred and stepfather Jake Tanner in the St. Louis area. Sharon graduated from St. Louis High School with the class of 1956.  Sharon worked in the Gratiot County Court House in various positions for about 30 years.

On November 12, 1980, Sharon married Delos J. MacLaren at the Ithaca United Methodist Church. Together, Sharon and "Dee" lived in Ithaca for many years. They also enjoyed their time at their homes on Higgins Lake for 15 years and later on Lake Isabella for an additional 18 years. During this time they spent 16 winters in Florida. In 2019, they moved into Masonic Village in Alma.

Online condolences may be made at www.smithfamilyfuneralhomes.com. The family is being served by Smith Family Funeral Homes, Ithaca, MI.

To order memorial trees or send flowers to the family in memory of Sharon MacLaren, please visit our flower store.
Send a Sympathy Card