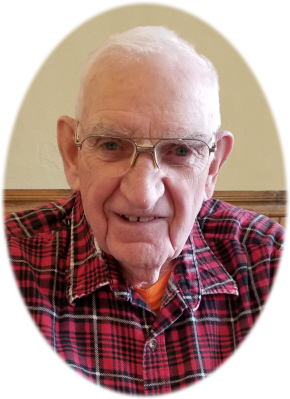 Roy was born in Clinton County, MI, on November 11, 1930, the son of Frank Sylvester and Maybelle (Taylor) Harger. He graduated from Maple Rapids High School with the class of 1949. On June 14, 1951 he married DeLoris Jean Wilber in Ovid, MI.

Roy retired from the Clinton County Road Commission in 1991. He farmed his fathers land for several years and raised cows, pigs and horses. He took many trips with his horses across the state. Roy and his daughter Mona enjoyed woodworking together and they traveled to many craft shows to sell their projects. Roy enjoyed camping trips with his family to Ludington. He coached his sons little league teams for many years.  He volunteered with God's Outreach Mission in Maple Rapids, taking many trips to Detroit, Flint and West Virginia delivering food and clothing to people in need.

He was a proud member of the Ithaca VFW and Independent Order of Odd Fellows. Roy was a member of the Maple Rapids United Methodist Church. He proudly served his country in the United States Army during the Korean War.

Memorials may be made to Maple Rapids United Methodist Church. Online condolences can be made at www.smithfamilyfuneralhomes.com. The family is being served by Smith Family Funeral Homes - Osgood Chapel, St. Johns, MI.

To order memorial trees or send flowers to the family in memory of Roy Harger, please visit our flower store.