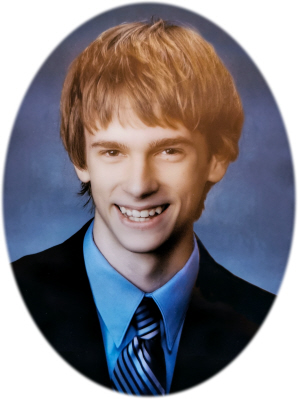 Ross was born in Glen Ellyn, IL on June 3, 1990, to Bruce Maki and Kim West. He attended Glenbard South High School and Northern Illinois University. Ross then moved to Arkansas to work on an organic farm. He joined his parents in Michigan in 2017.

The most important thing about Ross was his passion for music. He began playing cello at age 8 and started piano at age 11. He played with the Chicago Youth Symphony Orchestra, Northern Illinois Philharmonic and DuPage Symphony Orchestra. Ross was a member of the Alma Symphony and Quartet con Spirito. Ross was co-manager of the Pine River Chamber Orchestra with Jan Caputo. He taught cello privately for the Gratiot String Association.

Ross enjoyed time in the Upper Peninsula, fishing and kayaking. After moving to Michigan he raised goats on his parents farm.

He is survived by his parents Bruce Maki and Kim West of Ithaca, MI; grandparents William and Norma Maki of Arlington Heights, IL; grandmother Norma VanHarn of Mt. Pleasant, MI; aunts and uncles: Phillip and Teresa Maki of Mundelein, IL; David and Alison Maki of Arlington Heights, IL; Mark West of Hubbard Lake, MI; Rob West of Holt, MI; and Kevin and Lisa West of Alpena, MI. He is also survived by his cousins: Dan, Lucas, and Clara Maki, and Sophia and Andrew Lind all of Illinois, Chris and Kat West, Ryan and Patty West, Jared and Amy West, Aaron, Maggie, Haiden, and Owen West all of Michigan.  Ross was preceded in death by his dear brother Eric Bruce Maki (2/20/86-11/13/08).

A memorial service will be held later this spring to honor Ross' life.

All memorials sent to the family will be used to create a Ross Maki music scholarship to be used for local students.  Online condolences can be sent to www.smithfamilyfuneralhomes.com. The family is being served by Smith Family Funeral Homes, Ithaca, MI.

To order memorial trees or send flowers to the family in memory of Ross Maki, please visit our flower store.
Send a Sympathy Card