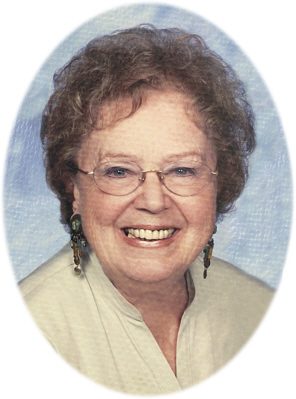 Cremation has taken place and the family will have a private gathering. Burial of Rosemary and John’s cremains will take place this summer in Creede, CO.

Rosemary was born in Detroit, Michigan on November 14, 1923, the daughter of Charles Frederick and Virginia (Kindig) Shumway.She graduated from McKenzie High School in Detroit.  Rosemary married John Cecil on November 6, 1982, in Colorado.  Rosemary and John resided in Creede, Co; Prescott, AZ, and St. Johns, MI.  John passed away on May 2, 2017.

Rosemary was a wonderful cook and was famous for her pies. Rosemary and John owned and operated a restaurant for a short time in Creede, CO. She was a church secretary for many years at Ward Memorial Presbyterian Church. She retired as a secretary from Ford Motor Company. Rosemary was a very talented organist, sharing her many gifts with her church. She served the Lord faithfully over her 97 years here on this earth and she is now resting with her Savior and loved ones gone before her.

She is survived by daughters: Gail and Bob Brown of St. Johns, MI, Judy Mann of St. Johns, MI, son Chuck and Nancy Cascaden of New Baltimore, MI; step-children: Beth Cecil-Hanna of Detroit, MI, Brad and Suely Cecil of Ft. Worth, TX, Brian Cecil of Wheatridge, CO, Laura and David Detloff of Naples, FL; 20 grandchildren, 41 great-grandchildren and one great-great granddaughter.  She is also survived by her sister Virginia Ruth and Andrew Paschall of Ashboro, NC, and her brother James Shumway of Sun City Center, FL.  Rosemary was preceded in death by her parents; husband John, son Richard, and her sister Bette Hartzell.

Memorials may be made to the Salvation Army. Online condolences can be sent to www.smithfamilyfuneralhomes.com. The family is being served by Smith Family Funeral Homes - Osgood Chapel, St. Johns, Michigan.

To order memorial trees or send flowers to the family in memory of Rosemary Cecil, please visit our flower store.
Send a Sympathy Card