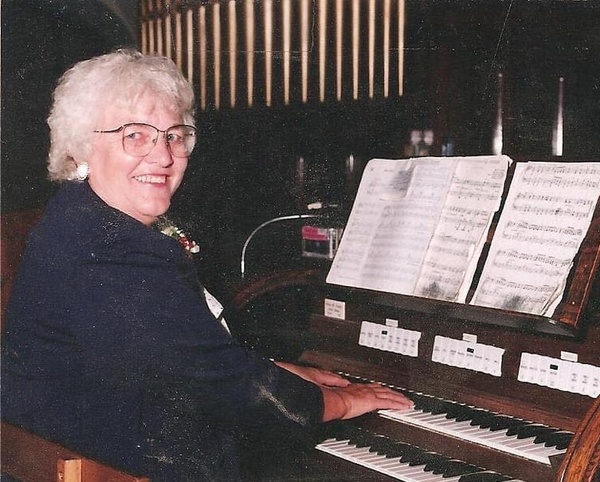 Rosie was born in Bengal Township, MI on May 13, 1933, the daughter of Louis John and Eleanor Catherine (Schneider) Schmitt. She graduated from Fowler High School with the class of 1951. She lived most of her life in the Fowler area.

On May 1, 1954, Rosie married Richard Van Ells at Most Holy Trinity Catholic Church. They were blessed with 52 years of marriage prior to his passing on September 28, 2006.

Rosie was known for her love of music. She was the church organist for nearly 50 years. She was also a member of the adult choir, and a leader of the youth choir for many years. She was an active member of Most Holy Trinity Catholic Church, the Confraternity of Christian Mothers, Fowler Conservation Club and The Catholic Order of Foresters. Rosie enjoyed family gatherings, sing-a-longs, playing cards, reading, and traveling in "the bus." She also enjoyed and supported the various activities her family was involved in.

Memorials may be made to the wishes of the family. Online condolences may be made at www.smithfamilyfuneralhomes.com. The family is being served by Smith Family Funeral Homes - Goerge Chapel, Fowler, MI.

To order memorial trees or send flowers to the family in memory of Rose Anna "Rosie" Van Ells, please visit our flower store.