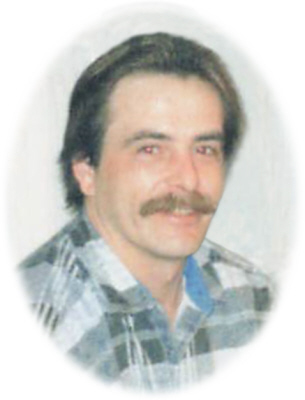 Rodney Dee Taylor, age 58, of Riverdale, MI, entered into the arms of his Savior after a 5 year battle with cancer Sunday, May 3, 2020, at his home with Lorrie at his side.

Funeral Services will be held at Smith Family Funeral Homes Ithaca, MI, on Friday, May 8, 2020 at 2:00 P.M., with Pastor Carl Cecil officiating. Visitation will be prior to the service beginning at 1:00 P.M. Burial will be at Elm Hall Cemetery at a later date.

Rodney was born in Alma, MI on April 2, 1962, the son of Robert and Reaneta (McCormick) Taylor.  He graduated from Ithaca High School and attended MidMichigan College. On October 24, 1987, Rodney married Lorrie Jeanne Hall at the Ithaca Wesleyan Church. They celebrated 32 years of marriage last October.

Rodney was an outdoorsman.  He was an avid hunter and fisherman. He enjoyed salmon fishing in the fall and ice fishing in the winter. Rodney loved fishing the small lakes in Michigan during the summer with Lorrie. Rodney's greatest love was his family, his pride-and-joy was his daughter Nicole and he treasured his time with his granddaughter Anouk.

Rodney worked 20 years at Alma Products. He then earned a certification in HVAC and enjoyed a new career in building maintenance. He was a talented handyman who could fix anything and was always willing to help anyone with repairs.

Rodney and Lorrie were members of Faith First Church of Alma. As his faith in God deepened over the years, God prepared and strengthened him for his final battle with cancer. Today his battle is over.

In lieu of flowers, memorials may be made to Faith First Church of Alma - P.O. Box 863 Alma, MI 48801 or Pardee Cancer Center - 315 E Warwick Dr, Alma, MI 48801. To leave an online condolence for the family, please visit Rodney's obituary at www.smithfamilyfuneralhomes.com. The family is being served by Smith Family Funeral Homes, Ithaca, MI.

Your browser does not support this video format. You should be able to view it in Chrome, Safari or Internet Explorer.
To order memorial trees or send flowers to the family in memory of Rodney Taylor, please visit our flower store.
Send a Sympathy Card