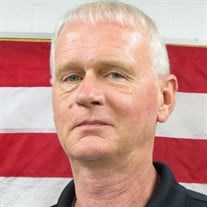 There will be a memorial service

After his high school graduation in 1975 from Ithaca High School, Rod began his lifelong dream of competing in the sport of harness racing on a full time basis.  He was able to travel the Eastern half of the United States for several years while driving and training Standardbreds. His personal favorite horses over the many years were Queens Over, SuJu, Speed Ruler, Country Magic and Speed Rehearsal.  While on one of his many trips for a warmer winter climate, Rod met the love of his life and decided to remain permanently in Georgia.  He married Judy and never looked back.  After a few more years as a private trainer for KMW farms of Pennsylvania, Rod and Judy shifted from horses to canines and began a journey that lasted the rest of their lives. They operated a successful grooming shop and doggie daycare in Hawkinsville that was very popular to all dog lovers in the area.  Rod became a father to Judy’s son and his wife and this ultimately led to Rod’s second great love of his life when his grandson Charlie arrived.  RaRa as Charlie called him loved going on trips and spending time with many of the doggie day care attendees.  Charlie will forever remember the trip he took with his RaRa to the Little Brown Jug, Boonesborough Fort and Bob Evans.  That was quite a trifecta for the both of them.  Rod also served The Pulaski County E-911 Center as a Communications Officer for over 18 years.  He formed many life long friendships with his fellow Communication Officers, Pulaski County Sheriff Department employees, Pulaski County Fire Department Fire Fighters and countless other agencies in the surrounding area.  He was a member of the United States Trotting Association and The Elks Club.

He is survived by the last of many lifelong canine companions, Buzz; his son, Doug Wall (Angel) of Hawkinsville, Georgia; his grandson, Charlie Wall of Hawkinsville, Georgia; his brother Rick Hall (Hazel) of Elwell, Michigan; his sisters Rene Rubin and Ruth Hall of Ithaca, Michigan; his nieces, Melissa Moeggenberg (Greg) of Shepherd, Michigan; Katie Allen (Mike) of Alma, Michigan and a nephew Cody Rubin of Ithaca, Michigan; and great nieces and nephews. He was preceded in death by his wife, Judy Wall; parents, Max and Millie Hall; and brother in law, Robert Rubin.

In lieu of flowers, it would be a gift if you would contribute to the Pulaski County Fire Department, Pulaski County E-911 or the Local Animal Control through City of Hawkinsville.

A Memorial Service will be held on Saturday, September 25, 2021 at 10:30 am at The Hawkinsville Harness Training Center. The family will receive visitors at 530 Columbus Highway immediately following the Memorial Service.

To order memorial trees or send flowers to the family in memory of Rodney Hall, please visit our flower store.
Send a Sympathy Card

There will be a memorial service