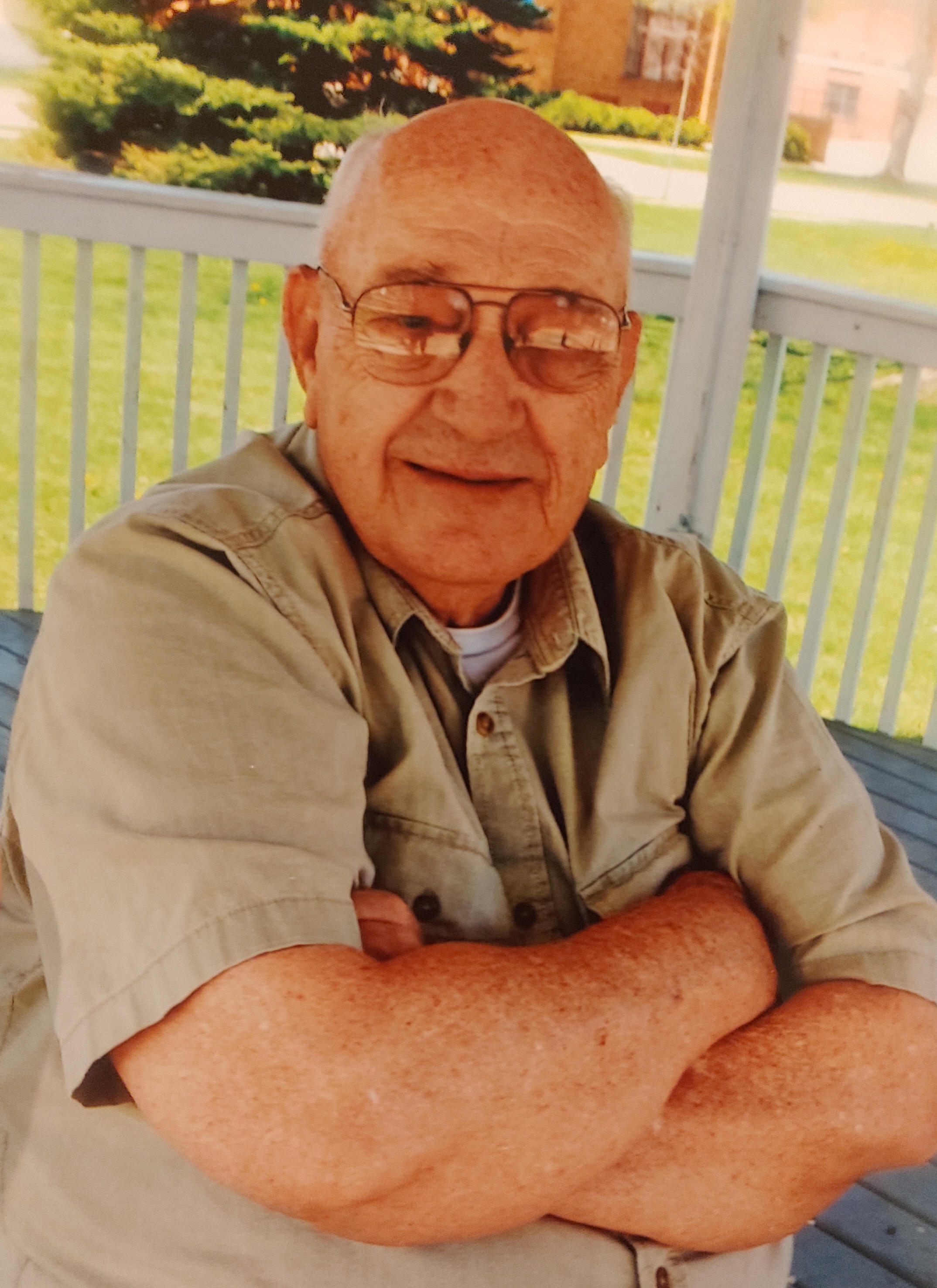 R. Michael Dwyer was born in Clare, Michigan on August 23, 1934, the son of Thomas Earl and Dora May (Allan) Dwyer.  He graduated from Clare High School with the class of 1953.  As a boy, he ran the streets of Clare with his three brothers, a raucous bunch. They now have a street named after them.  Mike married Lelah May Allen at St. Cecilia's Church in Clare on April 11, 1955.  They have been blessed with 67 years of marriage.

Mike proudly served his country in the United States Army from 1955 to 1957.  He was stationed in Korea. Mike was a life member of the Knights of Columbus.  He served as Past Grand Knight and Past Faithful Navigator.    Before enlisting, Mike started cutting meat for the Giant Market at the age of 16.  In 1959, he moved to St. Louis to work for Elsley's IGA.  In 1966, he bought Dwyer's Superette in St. Louis which he operated until 1977.  He then began to work in sales for Holt Equipment until his retirement in 1997.

For 62 years, Mike and Lelah owned property at Springwood Lake in Harrison.  He had many happy times with his family. This is where "Grandpa Chief" taught his grandchildren how to fish and drive the pontoon; and also taught some of them how to swim.  "Chief" found pleasure in hunting, taking his family on memorable trips to the hunting cabin in the U.P.  He enjoyed music and loved to whistle.  He had a great sense of humor. Everyone has memories of "Chief's" stories.

Memorials may be made to the Rich & Helen Hospice Suite, 4396 S. Luce Rd., Ithaca, MI 48847 or T.A. Cutler Library, St. Louis. Online condolences may be made at www.smithfamilyfuneralhomes.com. The family is being served by Smith Family Funeral Homes, St. Louis, Michigan.

To order memorial trees or send flowers to the family in memory of Robert Michael "Mike" "Chief" Dwyer, please visit our flower store.