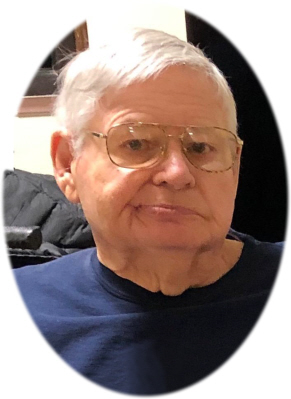 Cremation has taken place and a public Memorial Service will be held at a later date. Burial will take place at Mt. Rest Cemetery, St. Johns, MI.

Richard was born in St. Johns, MI on August 28, 1939, the son of Frank A. and Frances M. (Roat) Swagart. He graduated from Rodney B. Wilson High School with the class of 1957. Richard was an engineer for Oldsmobile for over 25 years prior to retiring in 1988.

On December 7, 1990, Richard married Neva Mae Wineland in St. Johns, MI. They celebrated 29 years of marriage prior to his passing.

Richard enjoyed watching Westerns, and reading. He was interested in things about the Upper Peninsula. Most of all, Richard loved his family, especially his grandchildren.

In memory of Richard, donations may be made to the American Kidney Fund (www.kidneyfund.org). To leave an online condolence for the family, please visit Richard's obituary at www.smithfamilyfuneralhomes.com. The family is being served by Smith Family Funeral Homes - Osgood Chapel, St. Johns, MI.

To order memorial trees or send flowers to the family in memory of Richard Swagart, please visit our flower store.
Send a Sympathy Card