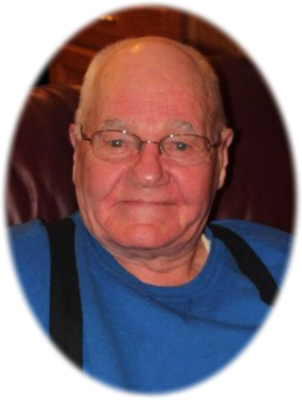 Funeral Services will be held at Smith Family Funeral Homes, Ithaca, MI, on Tuesday, April 13, 2021 at 1:00 P.M. with Pastor Mark Monroe officiating.  Burial will take place at Pine Grove Cemetery, Ithaca, MI at a later date. Visitation will be held on Tuesday from 11:00 A.M. until time of service at the funeral home.  The funeral service will be live streamed and available to view on the Smith Family Funeral Homes' Facebook page.

Dick was born in Ithaca, MI on November 9, 1933, the son of Gordon Delmer and Mildred Lucile (Frise) Eichorn. He graduated from Ithaca High School with the class of 1952.

Dick loved to ride his motorcycle. He was an avid reader of the news and western novels. He also enjoyed building model airplanes to display. He was a wonderful storyteller, especially about his early days hunting and trapping, and his travels on the road.

On September 21, 1991, Dick married the love of his life, Norma Jean Brecht, in Ithaca. Their love shaped the remainder of his life. They enjoyed spending time in the kitchen cooking and conversing over a cup of coffee. They had a shared passion for adding antiques to their collections. Dick was heartbroken when after 18 years of marriage, Norma passed away on October 11, 2009.

Online condolences may be made at www.smithfamilyfuneralhomes.com. The family is being served by Smith Family Funeral Homes, Ithaca, MI.

To order memorial trees or send flowers to the family in memory of Richard Eichorn, please visit our flower store.