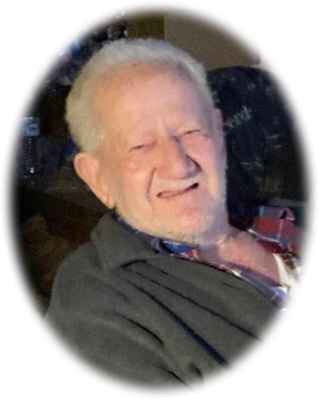 Richard Allen "Red" Moore, age 85, of Ashley, MI, passed away Friday, January 21, 2022, at Memorial Healthcare, Owosso, MI with his family by his side.

Richard was born in Owosso, Michigan on June 5, 1936, the son of Chauncey and Gladys (Burtis) Moore.  On July 25, 1964, Richard married Virginia Sylvia Holmes. They were blessed with nearly 57 years of marriage prior to her passing on April 7, 2021. Together they owned and operated Town and Country Auto Salvage for 50 years. They were members of Owosso United Missionary Church.

Richard liked to drive race cars.  On race day, he would drive his race car to Owosso Speedway or Crystal Speedway and race.  He enjoyed watching wrestling and playing cards.  He collected coins.  He loved spending time with his grandchildren and telling stories.

Memorials may be made to Owosso United Missionary Church - 1595 N. Hickory St., Owosso, MI. Online condolences may be made at www.smithfamilyfuneralhomes.com. The family is being served by Smith Family Funeral Homes, Elsie, Michigan.

To order memorial trees or send flowers to the family in memory of Richard Moore, please visit our flower store.