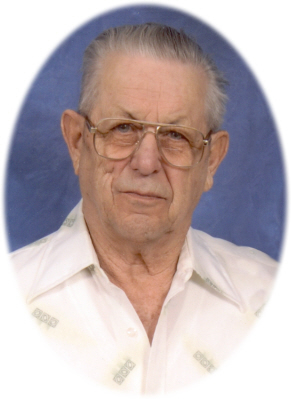 Rex was born to Norval and Hazel (Williams) Ballantine in Elsie, MI on September 2, 1928. He graduated from Elsie High School with the class 1946. On June 23, 1951 Rex married Dorothy Lola Taege at the First United Methodist of St. Johns, MI.

Rex was involved in 4-H for the majority of his life as a member and a leader; teaching leather craft and dairy showmanship. It was in 4-H that he met the love of his life, Dorothy as a teenager. They were blessed with 64 years of marriage prior to her passing away on August 28, 2015.  Rex loved his wife Dorothy more than words can say and never was the same after her death.

Rex was a lifelong dairy farmer. He began farming with a team of horses and kept horses until he was in his 70s. In high school he began driving school bus. Rex spent many years working for Norval Thornton Construction. He also worked for Elsie Post Office as a rural mail carrier.

Rex loved to give flowers to Dorothy so in lieu of flowers the family asks that in Rex's memory you would give flowers to someone you love. Online condolences can be made at www.smithfamilyfuneralhomes.com. The family is being served by Smith Family Funeral Homes, Elsie, MI.

To order memorial trees or send flowers to the family in memory of Rex Ballantine Sr., please visit our flower store.
Send a Sympathy Card