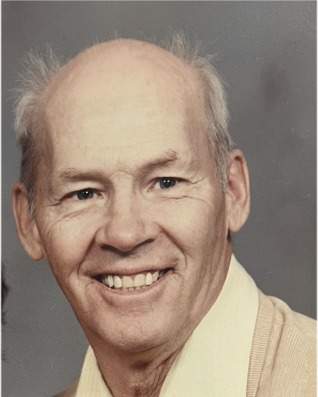 Reginald was born in Greenbush Township, Michigan on December 29, 1926, the son of Arthur and Grace (Green) Stevens. He graduated from Rodney B. Wilson with the class of 1944. On April 19, 1975, Reginald married Janese I. Beebe at the Eureka Congregational Church.

Reggie and Janese wintered in Plant City Florida for 35 years. He loved woodworking projects, the Detroit Tigers and Michigan Football. Reggie proudly served his country in the United States Army. He attended the Eureka Christian Church where he also sang many solos. Reggie was a life long farmer and was a member of the Farmers Union and American Agriculture.  He resided his entire life in Clinton County.

He is survived by his wife Janese Stevens, two sons: Jerry Stevens, and Larry and Tamie Stevens all of St. Johns, MI. He is also survived by his grandson Jacob (Autumn) Stevens, great grandsons: Dexton Stevens, Jacoby Stevens and many nieces and nephews.  He was preceded in death by his parents, two brothers: Ray Stevens, Myron Stevens; and four sisters: Gladys Sweet, Helen Fowler, Catherine Stevens, and Geraldine Halteman.

Memorials may be made to Eureka Christian Church or St. Johns American Legion Post 153. Online condolences can be sent to www.smithfamilyfuneralhomes.com. The family is being served by Smith Family Funeral Homes - Osgood Chapel, St. Johns, Michigan.

To order memorial trees or send flowers to the family in memory of Reginald Arthur "Reggie" Stevens, please visit our flower store.