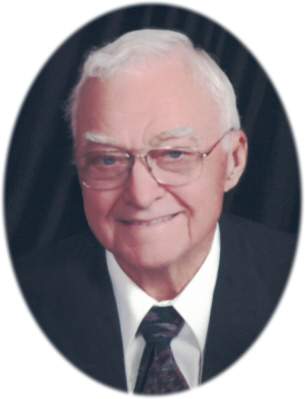 On August 21, 1949, Phil married Doris Maxine Cole. They were married 48 years prior to her passing on September 18, 1997. On April 4, 2000, Phil was "doubly blessed" to marry Marilouise Williams at the First United Methodist Church, St. Louis, MI. They celebrated 20 years of marriage this year.

Phil was a lifelong farmer. He worked for Alma Products for 28 years before retiring in 1996. After retirement, he started his second career as a fraternal communicator for Gleaner Life Insurance Society until he retired again in 2016. Phil also enjoyed delivering Meals on Wheels and was an active member of the Lions' Club, St. Louis Historical Society, and many other service organizations. In 2000, Phil was honored with the Spirit of St. Louis award.

Phil was a kind man with a heart to serve others. His faith and love for God shaped everything he did. His involvement in his community blessed everyone he met.  He was a member of the St. Louis First United Methodist Church for over 70 years where he was involved in many things.  Phil loved his family and cherished his time with them.

To order memorial trees or send flowers to the family in memory of Phillip Raske, please visit our flower store.