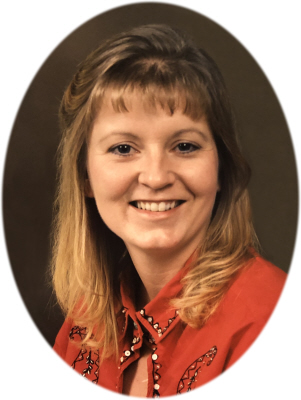 A Small Family Service took place at her home. Cremation will take place and burial will follow at Ford Cemetery, Gratiot County, MI at a later date.

Penny was born in Owosso, MI on January 27, 1961, the daughter of Jack W. and Margaret (Gorman) Craig. Penny graduated from Ovid-Elsie High School. She earned an associates degree in criminal justice from LCC. Penny married Roger Reha on June 7, 1986 at Chapin United Methodist Church.  Penny worked as a corrections officer at the St. Louis Correctional Facility for 20 years. She was awarded Officer of the Year in 1992.

Penny enjoyed throwing horse shoes and horse back riding. She liked hunting, fishing and sitting around a good camp fire with friends. She loved cooking, and traveling, especially to Florida. She loved taking care of her friends and family. Penny loved when people just stopped by, it wouldn't be long and the house was full of people, laughter and food. Penny was known for giving everyone a nick name.

Memorials may be made to the Muscular Dystrophy Association. Online condolences can be made at www.smithfamilyfuneralhomes.com. The family is being served by Smith Family Funeral Homes, Elsie, MI.

To order memorial trees or send flowers to the family in memory of Penny Reha, please visit our flower store.