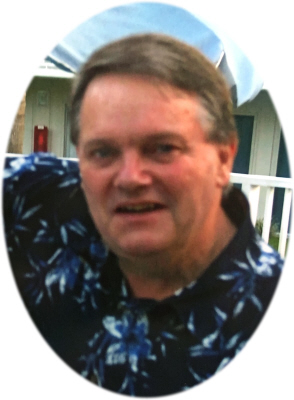 Cremation has taken place and the family will hold a celebration of his life at a later date.

Pastor Eric R. Stanton, 77 of Carland, MI, went home to be with Jesus on Wednesday, August 12, at Ashley Care Center. He was born February 25, 1943, in Melrose, Massachusetts, and spent most of his growing up years in the greater Boston area. One of his favorite pastimes was taking the MTA bus to watch Boston Red Sox games, developing a passion for baseball that would remain with him for the rest of his life.

Eric met the love of his life and his wife of 51 years, Roberta (Bobbie) Miller, while attending seminary at Ashland College in Ashland, Ohio. They were married at the Clark Presbyterian Church in rural Holmes County, Ohio, on September 7, 1968. Together, they raised four children: Deborah Peffer, Rebekah (Jens) Selvig, David Stanton, and Jonathan Stanton (Janet Lewis). In addition to his wife and children, he also is survived by his grandchildren: Levi Peffer; Jayde, Rayna, and Kyle Smith; and Jay, Adam, and Silas Selvig; two sisters: Arna Blum and Susan Coleman; and many nieces and nephews.  He was predeceased by his parents, Frank Stanton and Helen (Arnold) Stanton, and one brother, Lincoln Parker Stanton.

Eric began nearly 50 years of pastoral ministry with the Brethren in Christ Church in the early 1970s. His first pastorate was at the Carland-Zion Brethren in Christ Church, near Elsie, MI. He served there from 1974-1978. Pastorates at Morrison, Illinois (1979-1982), Dallas Center, Iowa (1982-1985), and Canton, Ohio (1985-1991), followed. In 1991, Eric returned to pastor the congregation at Carland-Zion, completing another 30 years of ministry there, officiating at dozens of weddings and funerals, and earning his local name, “Jesus in Sneakers,” to the Carland, Owosso, and Ovid-Elsie communities. He also worked in local grocery stores for many years, including Goff’s in St. Johns, MI.

Pastor Eric was first and foremost known as an encourager. His favorite saying, which appeared prominently in the bulletins of all the churches he pastored, was “Keep Looking Up.” He frequently quoted Corrie Ten Boom, a holocaust survivor, who said, “If you look at the world, you’ll be distressed. If you look within, you’ll be depressed. But if you look at Christ, you’ll be at rest.” He lived his life by these words – always looking for the positive and encouraging others to do the same.

He also was well known for his musical abilities, playing the guitar, trombone, and piano, and blessing audiences with his powerful baritone voice. Prior to entering seminary, he spent the summer touring as the opening act and promoter for Joan Baez, Pete Seeger, Bob Dylan, and many other popular folk singers. Later, he directed choirs and led the singing at the Brethren in Christ Memorial Holiness Campmeeting in West Milton, Ohio, for more than 20 years. He shared his love of music with his family by teaching his children to sing and taking the family on the road regularly to sing in churches and other places. He loved to praise and worship Jesus – often with hands outstretched and his eyes toward heaven as he sang of his love for his Savior and Lord.

Eric loved his family. He often noted that nothing made him happier than when everyone in the family was together. There was always plenty of laughter, food, and singing.

Cremation has taken place, and a private graveside service for the family will be held. A Memorial Celebration Service will take place at a later date. In lieu of flowers, memorials may be made to the family in care of Carland-Zion Brethren in Christ Church, 6001 W. Juddville Rd., Elsie, MI 48831.  Online condolences can be made at www.smithfamilyfuneralhomes.com  The family is being served by Smith Family Funeral Homes, Elsie, MI.

To order memorial trees or send flowers to the family in memory of Pastor Eric Stanton, please visit our flower store.
Send a Sympathy Card

Cremation has taken place and the family will hold a celebration of his life at a later date.