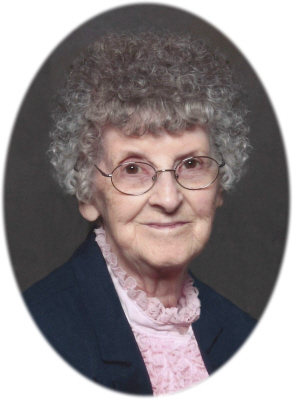 Funeral Services will be held at Smith Family Funeral Homes St. Louis, MI, on Tuesday, July 2, 2019 at 1:00 P.M., with Pastor Terry Hansen of Dayton Center Wesleyan Church officiating.  Burial will take place at Ridgelawn Cemetery, Breckenridge, MI.  Visitation will be held at the funeral home beginning at 11:00 A.M. on the day of the service.

Minnie spoke of the summers when growing up camping on the river at Newaygo, MI to go “clamming”. They would sell the shells they found to be used for buttons and picked ferns to sell to the flower shop.  Growing up, she enjoyed time with her grandparents Henry and Degina Hoek.

Minnie ended up moving to Cheboygan. During WWII she moved to Detroit and worked as a "Rosie the Riveter". On a trip back to Cheboygan, she met Carl Stone. They were married November 29, 1946 in Alma, MI. They settled into farm life in Wheeler, MI until they retired in 1988. Carl and Minnie were blessed with 70 years of marriage prior to Carl's death on February 18, 2017.

Minnie and Carl were life-long members of local Wesleyan Churches. She looked forward to church camp meetings and the reunion with friends there. Minnie was well known for her baking abilities, especially her cinnamon rolls, and she enjoyed helping wherever she was needed.

Due to Minnie's love of The Church, the family requests that memorials be made to your own local church. Online condolences can be sent at www.smithfamilyfuneralhomes.com. The family is being served by Smith Family Funeral Homes, St. Louis, MI.

To order memorial trees or send flowers to the family in memory of Minnie Stone, please visit our flower store.