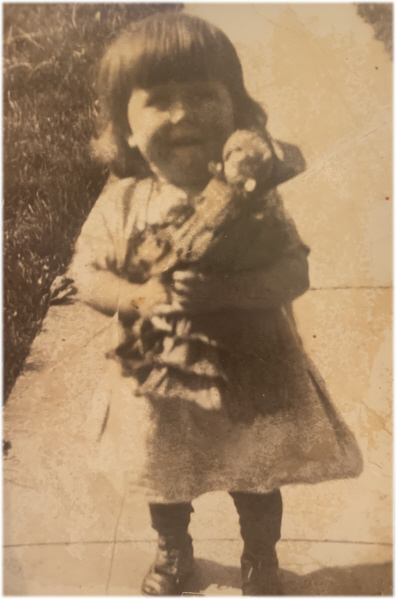 Family to do services at later date

She was born in Ithaca on October 10, 1927 to Larrison LeRoy and Arzelia (Cummings) Bailey. She had four sisters: Dorothy, Ella Jean, Juanita, Maxine and one brother Jack.  On July 19, 1947 she married Arthur “Pete” Weston in Ithaca.  They were married 39 years until his passing on September 24, 1986.

Mary Lou worked 27 years at the dry cleaners in Ithaca and a few years at Plastic Fiber in Ithaca. After that, she cared for elderly ladies in their homes.  The most satisfying job Mary Lou had was caring for young nieces and nephews later in life. These children were the great joy of her life and also the great frustration as children can be.  Aunt Mary was at school events and ball games, supporting the children into adulthood.  Ashley, Drew, Peter, Francisca, Nathanial, Trevor and Mallory will always remember their special times with Aunt Mary.

Mary Lou spent the last nine years at McKellar's AFC in St. Louis.  Her positive attitude and her singing and humming endeared her to all there.

The family would like to thank the staff and family at McKellar's AFC, particularly Becky, Pearl, Roger, Ron and Marsha.  Their loving care added happiness to her last years.  Thank you to Schnepp's Health Care for the care at the end.  No one could have done more.  Thank you to her doctors, Dr. Freestone, Dr. Krepostman, Dr. Tatar and Dr. Holland.

The family will gather at a later date for a remembrance.  Burial will take place in Ithaca Cemetery, Ithaca, MI.

Those wishing to remember Mary Lou may donate to the Ithaca Food Bank, the Gratiot County Commission on Aging, or the children's charity of their choice.  Online condolences can be made at www.smithfamilyfuneralhomes.com  The family is being served by Smith Family Funeral Homes, Ithaca, MI.

To order memorial trees or send flowers to the family in memory of Mary Lou Weston, please visit our flower store.

Family to do services at later date