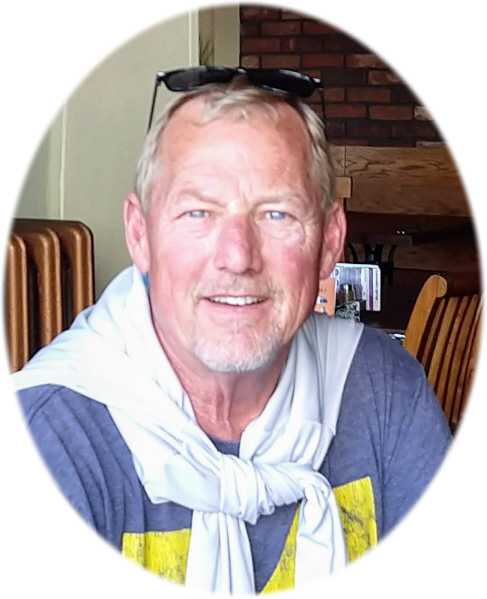 A Memorial Service will be held at Smith Family Funeral Homes - Osgood Chapel, St. Johns, MI, Wednesday, June 30, 2021, at 5:00 P.M. with Pastor Richard Mundt officiating. Visitation will be held on Wednesday from 2:00 P.M. until the time of the service at the funeral home.

Mark was born in Oakland, CA on July 28, 1954, the son of Wallace and Bonnie (Fehn) Stavely. He graduated from Hemlock High School with the class of 1972.  On September 11, 1999 he married Kathleen Fitzgerald in Lake Tahoe, NV.

He retired from Wolgast Construction as a superintendent after 40 years of service. Mark was a helpful handyman, always willing to do a project for friends and family. Golf was Mark's passion. He enjoyed playing pickle ball and golf cart rides. Mark loved boating, spending time at "The Destination" and everything the lake life had to offer. He was an avid Michigan fan.

Memorials may be made to the American Cancer Society. Online condolences can be sent to www.smithfamilyfuneralhomes.com. The family is being served by Smith Family Funeral Homes - Osgood Chapel, St. Johns, MI.

To order memorial trees or send flowers to the family in memory of Mark Stavely, please visit our flower store.