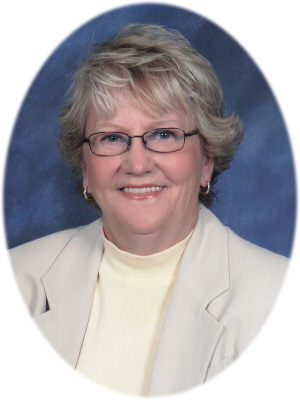 Marjorie Ann (Hylbak) Floate of East Lansing, formerly of Greenville and Maple Rapids went to be with the Lord on Tuesday, December 29, 2020 after a brief battle following a stroke.  Marge was 84.

Marge was born on March 15, 1936 in Lake Mills, Iowa, the daughter to the late Oscar and Luella (Bergo) Hylbak.  During her childhood, her family moved to Fremont, NE.  Upon graduation from Fremont High, Marge moved to Omaha, NE where she met her husband Lyle Floate.  They were married on December 14, 1958 in Fremont.  Marge and Lyle moved the family to Maple Rapids, MI in 1967.

Marge started working in the insurance industry early in her life.  Her first job was at Mutual of Omaha and then upon moving to Michigan, she started working as a secretary for the State Farm office in Maple Rapids.  During her years working in the office, she gained a wealth of knowledge about the business.  In 1983, Marge became a State Farm insurance agent and continued as an agent until her retirement.  During retirement, Marge and Lyle traveled often taking trips that included Germany, France, Italy, Switzerland, England, Ireland, Scotland, Hawaii and several road trips in the US before making Auburndale, FL their winter home.

In lieu of flowers, memorial contributions may be made to Boys Town located in Boys Town, NE in Marge’s honor.  Online condolences can be made at www.smithfamilyfuneralhomes.com.  The family is being served by Smith Family Funeral Homes – Osgood Chapel, St. Johns, MI.

To order memorial trees or send flowers to the family in memory of Marjorie Floate, please visit our flower store.