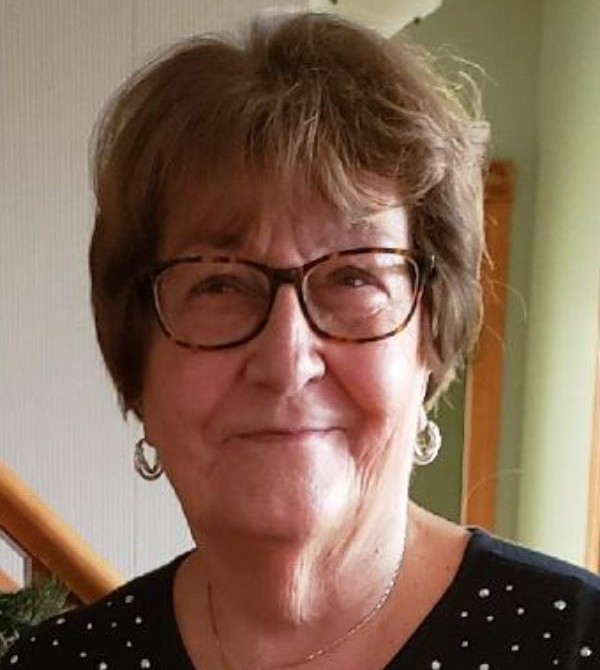 Mariel Jane “Mary” Andrews, age 83, of Ithaca, MI, passed away peacefully Tuesday, February 1, 2022, at her home surrounded by her family.

A Memorial Service at will be held at Pompeii United Methodist Church, Pompeii, MI, at 12:00 P.M. on Saturday, February 12, 2022, with Pastor Zella Daniel officiating.  Burial will be held at Fritz Cemetery, Gratiot County, MI.

Mariel was born in Ithaca, Michigan on October 7, 1938, the daughter of Allen and Jennie (Bowers) Haas. She graduated from Ithaca High School with the Class of 1956.  On February 11, 1957, Mariel married Leo Wayne Andrews in Angola, IN.  They have been blessed with nearly 65 years of marriage.

Mary was a dedicated wife and mother.  She also was an interior decorator, and worked all over Michigan.  She especially loved decorating Victorian Homes.  Mary enjoyed collecting and appraising antiques; her home was filled with her treasures.

Mary was a faithful volunteer with the Gratiot County Historical Museum and worked in the vintage gift shop.  She was an active member of Pompeii United Methodist Church where she was the holiday and seasonal decorator using many of her own handmade creations.

Mary and Leo enjoyed traveling together during their marriage.  She especially enjoyed their trips to England and Scotland.  They spent several winters in Florida where she loved to walk on the beach.  But she would say, “My happy place is, ‘The Cottage’, in Lake City, MI.”

Memorials may be made to Pompeii United Methodist Church or American Cancer Society.  Online condolences may be made at www.smithfamilyfuneralhomes.com.  The family is being served by Smith Family Funeral Homes, Ithaca, Michigan.

To order memorial trees or send flowers to the family in memory of Mariel Jane "Mary" (Haas) Andrews, please visit our flower store.