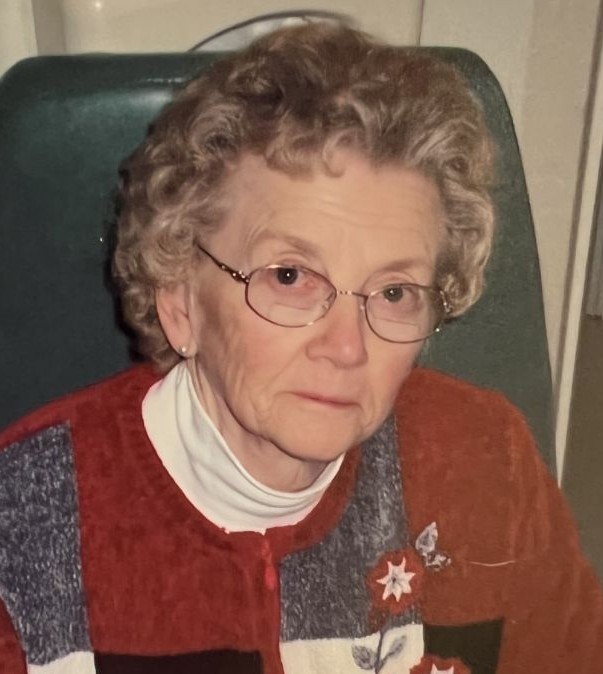 Marian was born in Lansing, Michigan on March 27, 1930, the daughter of John and Helena (Gerke) Felzke.  She graduated from Eastern High School in Lansing.  Marian married Jack Bouchey on May 13, 1950 in Lansing, MI.  Jack passed away in 2007.

Marian and Jack owned and operated Bouchey Monument Company in Ithaca for 20 years.  She enjoyed crafts, antiques and sewing.  Marian loved baking cookies for her grandchildren and neighbors.  Marian resided at Arbor Grove in Alma where she became friends with many staff members and residents.  Her favorite activity while there was bingo, where she won lots of chocolate and was known as the "candy lady".  She was a member of Ithaca First Presbyterian Church for over 50 years.

Memorials may be made to Ithaca First Presbyterian Church. Online condolences can be sent to www.smithfamilyfuneralhomes.com. The family is being served by Smith Family Funeral Homes, Ithaca, Michigan.

To order memorial trees or send flowers to the family in memory of Marian Ruth (Felzke) Bouchey, please visit our flower store.
Send a Sympathy Card