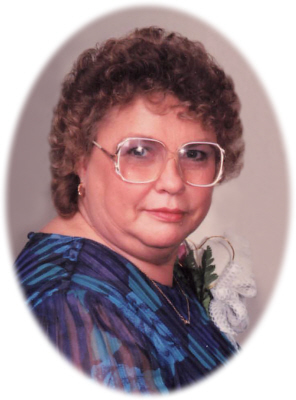 Funeral Services will be held at Smith Family Funeral Homes Elsie, MI, on Monday, February 1, 2021 at 1:00 P.M., with Mr. Tom Bradley officiating.  Burial will take place at Ford Cemetery, Gratiot County, MI. Visitation will be held on Monday from 11:00 A.M. until the time of the funeral service.

Margaret enjoyed canning and cooking. She and Ed liked stopping in at the local pub and enjoying a beer together. She loved spending time with her children and grandchildren. Margaret was a member of the Mid-Michigan Old Gas Tractor Association of Oakley, MI.

She is survived by her children: Kathy Wang of Elsie, Brenda and Dwayne Hunt of Elsie, Janice Seyrek of Elsie, Edward Swanchara of Elsie, and Andrew Swanchara of Elsie. She is also survived by grandchildren: Eric and Gina Wang, Katie and Michael Reynolds, Jessie and Curtis Huston, Megan Seyrek, Nicole Ereman, Cassie Hunt and Josh, Myrna and Aaron Collins, Andi Jo Swanchara, Ashley Swanchara, Hunter Swanchara, and Shyanne Swanchara, and 10 great-grandchildren.  She was preceded in death by her parents, husband Edward, son Rodney, son in law Randy Wang and granddaughter Randi Lynn Wang.

Memorials may be made to Ashley Care Center. Online condolences can be made at www.smithfamilyfuneralhomes.com. The family is being served by Smith Family Funeral Homes, Elsie, MI.

To order memorial trees or send flowers to the family in memory of Margaret Swanchara, please visit our flower store.