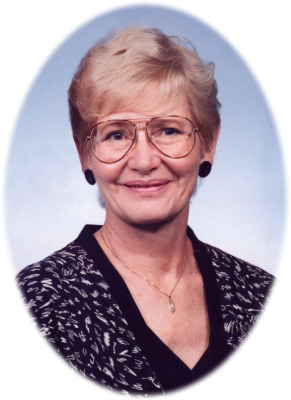 Margaret was born in St. Johns, MI on March 5, 1932, the daughter of Clyde Victor and Marian Grace (Beck) Houser. She graduated from Rodney B. Wilson High School with the class of 1950. On March 21, 1950, Margaret married Jack Duane Hart at St. Johns United Methodist Church. Jack and Margaret lived in St. Johns until 1990, then spent the next 27 years in Cottonwood, AZ returning to St. Johns in 2017.  Margaret worked for St. Johns Public Schools many years.

Margaret loved painting and pottery.  Including creating numerous paintings and pieces of pottery, she volunteered at an art gallery in AZ for over 10 years. Next to Jack and her family, the love of her life was her dog, Jake.  Margaret enjoyed traveling and spending time with her children and grandchildren.

In lieu of flowers, donations may be made to Lowe United Methodist Church. To leave an online condolence for the family, please go to www.smithfamilyfuneralhomes.com. The family is being served by Smith Family Funeral Homes - Osgood Chapel, St. Johns, MI.

To order memorial trees or send flowers to the family in memory of Margaret Hart, please visit our flower store.