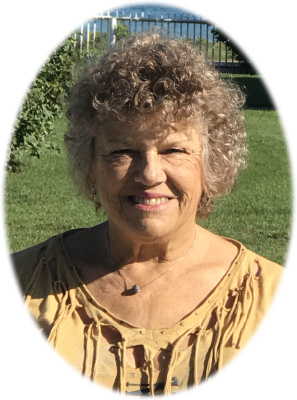 Funeral Services will be held at Smith Family Funeral Homes - Houghton Chapel, Ovid, MI on Wednesday, December 23, 2020 at 1:00 P.M., with Pastor Scott Seelhoff officiating.  Burial will take place at Middlebury Township Cemetery, Ovid, MI.  Visitation will be held on Wednesday, December 23, 2020 from 11 a.m. until the time of the service at the funeral home.

Marge was born on March 18, 1948 the daughter of Alfred Ford and Irene Wilda (VanAlstine) Harpster.  She was a member of the Ovid Bible Church.  In 1965 she married Marcus VanAtta.  They had three wonderful children and this marriage dissolved in 1978.  In 1982 Marge married Dennis "Red" Gruesbeck and his three sons, they added three children to the family in 1986 and in 1994.

Marge loved children and provided foster home care for both Shiawassee and Ingham Counties for 26 years; inviting 60 children into her home; some times for a weekend, and for some up to three years.  When not caring for children or her family, she loved to shoot pool, playing on St. Johns and Owosso leagues.  She loved camping and riding motorcycles.

Memorials may be made to a Charity of the Donor's Choice.  Online condolences can be made at www.smithfamilyfuneralhomes.com The family is being served by Smith Family Funeral Homes-Houghton Chapel, Ovid, MI.

To order memorial trees or send flowers to the family in memory of Margaret Gruesbeck, please visit our flower store.
Send a Sympathy Card