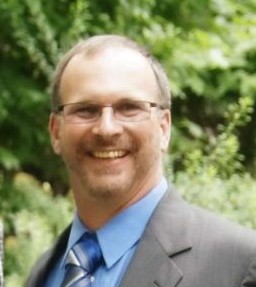 Lynn J Heinlen, age 58, of Allendale, MI passed away Friday, April 1, 2022, at Butterworth Hospital with his family by his side.

A Celebration of Life will be held at Smith Family Funeral Homes - Osgood Chapel, St. Johns, MI, on Saturday, April 16, 2022, at 2:00 P.M. with Sue Lazell officiating.  Burial and military honors will take place at North Star Cemetery, North Star, MI.  Visitation will be held on Saturday from 1:00 P.M. until the time of the service at the funeral home.

Lynn was born in Alma, MI on February 7, 1964, the son of Roger and Cheryl (Muscott) Heinlen.  Lynn joined the Army in 1983 and proudly served our country for 6 years.  He spent most of his enlisted years stationed in Germany.  After an honorable discharge from the Army, Lynn returned home to follow in his father’s footsteps, becoming a truck driver.  After many years of hard work and long hours Lynn was able to begin operating his own trucking company, (L.J. Heinlen Transportation), where he had the privilege of working closely with cousins: Ray and Eric Heinlen.  In 2020 he was rewarded with being able to buy a new Freightliner with flatbed trailer.

Lynn married the love of his life, Janice (Larson) on December 7, 2012, in Holland, MI and they made their home in Allendale.  Lynn and Janice had recently moved into their new home and Lynn was looking forward to building a pole barn, man cave, so he could tinker with his trucks.

Lynn was just a good, genuine, kind hearted person that never had anything negative to say about anyone.  Lynn would drop everything to help someone in need and would never expect the same in return.  He worked very hard to provide the best life for his family, without complaint.  Lynn would light up a room and people were drawn to his loving personality.  He loved a good joke and his laugh will be greatly missed.  When he did have spare time he loved spending time with family and friends, camping, and grilling a good steak.

In lieu of flowers, memorials may be made to the Wounded Warrior Project. Online condolences can be sent to www.smithfamilyfuneralhomes.com. The family is being served by Smith Family Funeral Homes - Osgood Chapel, St. Johns, Michigan.

To order memorial trees or send flowers to the family in memory of Lynn J. Heinlen, please visit our flower store.