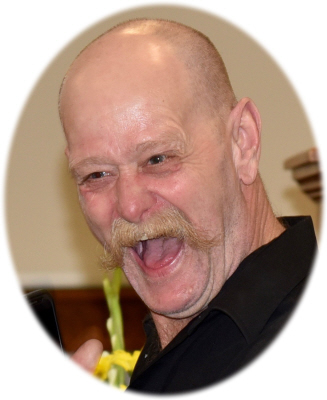 A Memorial Service will be held at Maple Rapids Congregational Christian Church, Maple Rapids, MI, Friday, June 11, 2021, at 1:00 P.M. with Pastor Jerry Kissling officiating. Visitation will be held at 11:00 A.M. until the time of the service at the church.

Butch was born in St. Johns, MI on February 3, 1961, the son Lyle James and Margaret (Henry) Chick.  He graduated from Fulton High School with the class of 1979.  He lived most of his life in the Maple Rapids area.

Butch was an avid outdoorsman.  He loved hunting, fishing, coyote hunting, canoeing and he was an avid hounds man.  He enjoyed anything that went fast or involved racing.  Butch was known for his famous chicken that took hours and hours to cook - "It will be ready when it's ready, quit asking!"  He was very social and was always ready to spend time with his friends and family, especially his grandchildren.  Butch was very proud of his son.

Online condolences may be made at www.smithfamilyfuneralhomes.com. The family is being served by Smith Family Funeral Homes - Osgood Chapel, St. Johns, MI.

To order memorial trees or send flowers to the family in memory of Lyle Chick, please visit our flower store.