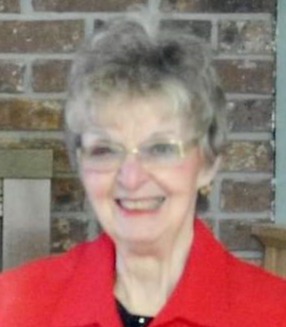 Lois Pauline (Jones) Boone, age 78, of Henderson, Michigan, passed away peacefully Tuesday, November 22, 2022, at Ascension St. Mary's Hospital, Saginaw with her family by her side.

Lois was born in Owosso, Michigan on September 14, 1944, the daughter of Paul Eric and Frances Marie (Somers) Jones. She was a graduate of Elsie High School in 1962 and Central Michigan University in 1966.  On Feb. 5, 1966, Lois married Jerry A. Boone at Chapin United Methodist Church, in Chapin, Michigan.  They were blessed with 56 years of marriage.

Lois taught in the Chesaning School District for one semester, and then 40 years in the Ovid-Elsie School District. After retiring in 2006, she was a substitute teacher until 2019. Lois had a second career working at Abraham & Gaffney, CPA in St. Johns for about five years.

She was supportive of her children during their sports while in school. When the grandchildren arrived and began playing sports, she and Jerry enjoyed following those events. In her spare time, she liked reading, sewing, knitting and crocheting. She and Jerry enjoyed traveling around Michigan. She created many projects at the Saginaw County Fair. She was named 2015 Saginaw County Homemaker of the Year and 2016 State Homemaker of the Year.

Memorials may be made to the Chapin United Methodist Church or Shiawassee County Shriners' Children's Transportation Fund. Online condolences may be made at www.smithfamilyfuneralhomes.com. The family is being served by Smith Family Funeral Homes, Elsie, Michigan.

To order memorial trees or send flowers to the family in memory of Lois Pauline (Jones) Boone, please visit our flower store.