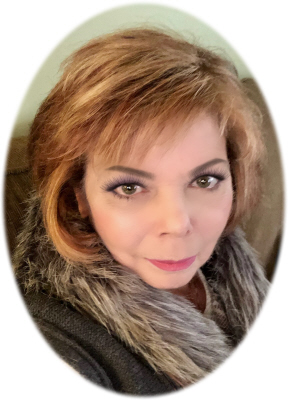 L. Kathrine Minsky returned to the house of our Lord and to the arms of her loving husband on Tuesday, May 21, 2019.

In following Kathrine's wishes, cremation has taken place and a Memorial Service will be held at a later date.

Kathrine was born on April 17, 1959, the daughter of Robert and Grace (Stabile) Tisdale, in Lansing, MI. She graduated from Grand Ledge High School in 1977 and received a B.A. in Business Administration from the University of Michigan in 1982.  Kathrine retired in 2017 after 22 years in the mortgage industry due to having stage IV Colon Cancer.

Kathrine married the love of her life John "Jack" Minsky on December 17, 1994 in St. Johns, MI and they spent the next 22 years raising a loving family, enjoying gardening, home improvements, golfing (which she was not very good at), and spending as much time as possible in Sault Ste Marie, which they considered their second home.

At Kathrine's request, in lieu of flowers memorials may be made to the Alzheimer's Association (www.alz.org/gmc) or the Autism Association (https://www.autismspeaks.org/michigan-0). Online condolences may be sent at www.smithfamilyfuneralhomes.com. The family is being served by Smith Family Funeral Homes - Osgood Chapel, St. Johns, MI.

To order memorial trees or send flowers to the family in memory of L. Kathrine Minsky, please visit our flower store.