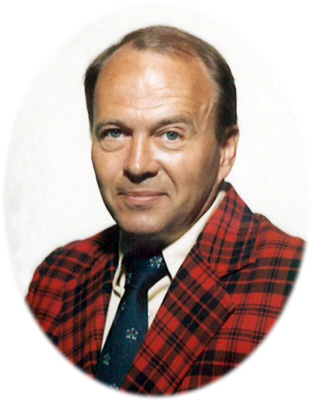 According to Keith's wishes, cremation has taken place and there will be a celebration of life at a later date.

Growing up Keith was very competitive; he was a sharp shooter and at the age of 15 and won the Michigan State Junior Rifle Championship. He was also on the Plymouth Junior Police Rifle Team. Keith graduated from Plymouth High School with the class of 1962. He attended Michigan State University and received his bachelors degree in business in 1966.

While in school he met Eileen Scheppele, not knowing she would be his future wife. Keith served in the United States Army on the 5th Army Rifle Team, stationed in Germany in 1967. Upon returning from Germany, Keith and Eileen rekindled their relationship, were married on August 8, 1970, and resided on a lake in Twin Lake, Michigan.

Keith worked for Lever Brothers for 3 years before deciding to go back to Michigan State to pursue his passion of golf, graduating with a bachelors degree in landscape architecture in 1976. He worked for Rees Jones, Inc. in Montclair, New Jersey from 1979-2011, where he designed many golf courses in the Eastern United States and two in Las Vegas, Nevada. In Michigan he designed Thousand Oaks and remodeled Oakland Hills. Keith was a member of the American Society of Golf Course Architects.

While living in New Jersey Keith and Eileen had two daughters, Jennifer and Jessica. Keith loved his daughters and always encouraged them to pursue careers in industries they would love.

Upon retirement Keith and Eileen moved back to Michigan to once again enjoy lake life. While living on Lake Victoria they went boating, fishing, played cards, golfed, and picked up a new hobby playing pickleball. Keith was a loyal Michigan State fan; he loved watching college football and basketball. During football season they enjoyed attending Michigan State games and tailgating with friends. Go Green!

He is survived by his wife Eileen Evans of Laingsburg, Michigan, daughters: Jennifer Evans of Jersey City, New Jersey, and Jessica Evans of Grand Rapids, Michigan. He is also survived by grand pup Duncan, and grand kitties Senya and Rhae. He was preceded in death by his parents, and brother Kenneth.

Memorials may be made to the Gift of Life for which Keith was a donor, Laingsburg Food Bank, or the American Stroke Foundation.  Online condolences can be made at www.smithfamilyfuneralhomes.com. The family is being served by Smith Family Funeral Homes - Houghton Chapel, Ovid, Michigan.

To order memorial trees or send flowers to the family in memory of Keith Evans, please visit our flower store.