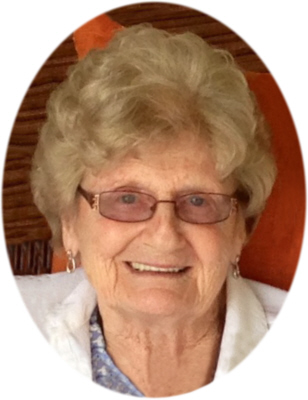 June was a lifelong member of St. Joseph Catholic Church in St. Johns.  She worked at the former Carol Ann Shop in St. Johns for 30 years alongside her dear friend and sister-in- law Maxine Sipkovsky. She was also a member of the St. Sylvia Guild, Clinton Sparrow Hospital Auxiliary, Farm Bureau, The Child Study Club, and also took part in several cancer drives that took place in her neighborhood.  June also loved baseball, and was the scorekeeper for the Ashley baseball team of the Gratiot County baseball league that her husband managed for over 50 years.  She very much enjoyed country music and loved to dance.

She is survived by her daughter Paula (Robert) Andrews of Leesburg Florida; sons: Michael (Shirley) Sipkovsky of Perry; and Patrick (Kelly) Sipkovsky of St. Johns; 6 grandchildren and 5 great-grandchildren that she loved very much. She is also survived by one brother Richard (Bernie) Shaull of Lincoln Park. Also surviving is sister-in-law Ruth Shaull of North Star along with several nieces and nephews and her special friend Dorothy Rosekrans. She was preceded in death by 5 brothers: Ronald, Robert, Raymond, Don and Fred Shaull and 2 sisters: Ruth Newton and Elogene Cowdrey.

In lieu of flowers, contributions may be made to the Sparrow Clinton Hospital or the St. Joseph Catholic School Educational Fund in memory of June.  Online condolences may be made at www.smithfamilyfuneralhomes.com  The family is being served by Smith Family Funeral Homes – Osgood Chapel, St. Johns, MI.

To order memorial trees or send flowers to the family in memory of June Sipkovsky, please visit our flower store.