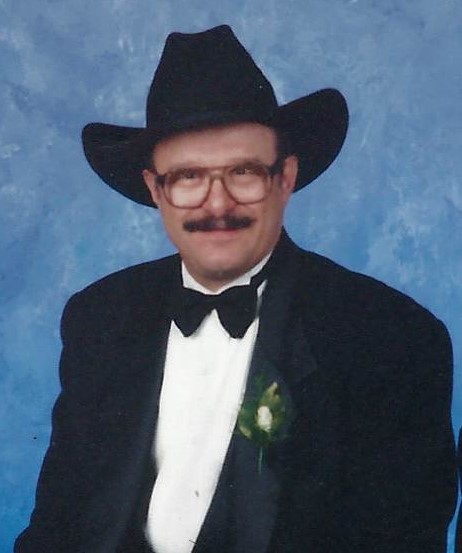 Joseph Peter Mesh, age 84, passed away on Friday, June 24, 2022, at Sparrow Hospital in Lansing, Michigan; just two days after his 59th wedding anniversary to his beloved wife, Joyce (Altvater), who survives him.

A Memorial Service will be held at Smith Family Funeral Homes – Osgood Chapel, on Wednesday, June 29, 2022, at 10:00 A.M., with Deacon Eric Elstro. A special memorial presented by his grandchildren will follow the service. Burial will take place at Mt. Rest Cemetery, at a later date.  Visitation will be held on Tuesday, June 28, 2022, from 5-8 P.M. at the funeral home.

He was born on November 27, 1937, in Estey, Michigan the son of George and Eva (Offenbecker) Mesh.  He graduated from St. Johns High School and began a ten-year career at Federal Mogul before starting his own business, J.P. Mesh and Sons Residential Builders in 1966.  Over the course of twelve years, he built more than one hundred homes throughout the state, including his own.

In 1978, he started Papa Bear’s Woodworks, where with his family and Ken Hoffer built many pieces of hardwood furniture and other contract pieces.  He was best known for his round oak tables and chairs.  He gained a little fame by building one of the largest walnut wood tables for the Michigan Farm Bureau board of directors, as well as making the bar at The Main in Ovid, MI, and making and donating the oak alter, cross, and priest’s chair for St. Joseph Catholic Church in St. John’s, MI.

Joe was well known throughout the community as “Papa Bear”, or simply “Pops.”  He was heavily involved with Michigan Woodworkers Association for many years and hosted events at his shop north of town.  He also hosted several educational and informational outings for young people exploring the trade.

He loved going to the Upper Peninsula and staying at Camp Bear Paw with his friends, cooking breakfast on the flat top grill, snowmobiling, playing cards, and drinking beer.  He enjoyed watching his sons and friends race motocross and hosted several hare scrambles at the home track.  He and Joyce took many trips on their BMW motorcycle to places all over the country with their dear friends: Frank and Jan Glowacki and Jack and Barb Cox.

Together, Joe and Joyce had three children: John Mesh, Joel Mesh, and Jennifer (Chris) Kiel, all of St. Johns, MI, that survive him.  He was a grandfather and most recently a great-grandfather, with another one expected in December.  He is survived by his grandchildren: Joshua Mesh, Elizabeth (Andrew) Rogers, Emily (Tyler) Malkin, who are parents to Tucker Joseph, and step-grandchildren: Victoria (Andre) McDuffey and their daughter Nora; Jessica Kiel, and Hunter Kiel; his siblings: David (Pat) Mesh of Derby Lake, MI; and Jack (Maureen) Mesh of St. Johns, FL; sister-in-law Sharon Altvater.  He is also survived by 17 nieces and nephews.  He was preceded in death by his parents, his siblings: Eva (Robert) Miller, and George (Maralene) Mesh, one brother-in-law Robert Altvater.

Pops was quite a character.  He had his grave stone engraved to say, “I did it my way.” And that he did!

In lieu of flowers, memorials may be made to St. Jude Children’s Hospital or St. Joseph Catholic Church.  Online condolences may be made at www.smithfamilyfuneralhomes.com.  The family is being served by Smith Family Funeral Homes – Osgood Chapel, St. Johns, Michigan.