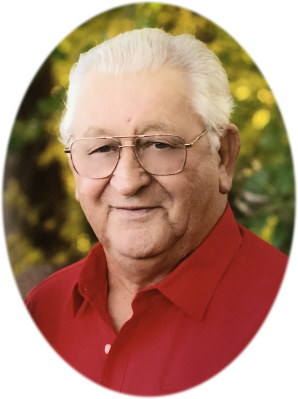 Funeral Services will be held at Smith Family Funeral Homes Ithaca, MI, on Friday, August 14, 2020 at 10:00 A.M., with Mr. Thomas Bradley officiating.  Burial will take place at Collier Cemetery, Ashley, MI.  Visitation will be held on Thursday, August 13, 2020 from 2-8 P.M. at the funeral home.

Joseph was born in their family home in Washington Township, MI on March 19, 1940, the son of Charles and Anna (Havelka) Malek. Joe graduated from Ashley Schools in 1958. Joe married his high school sweetheart Ruth Kimmel on November 22, 1958. Together, side by side, they farmed for 48 years when Joe retired due to his health.

Joe farmed all his life in Gratiot County only moving 3 miles from the family farm to set up his own homestead. Joe and Ruth took great pride in their home and farm on M-57 near Ashley. Joe worked at GM for 31 years retiring in 1989.

Joe and Ruth enjoyed traveling and spending time with family and friends. They enjoyed the farm tours that were offered to farmers, and went to Hawaii and various states to see production on farms.

Joe was an avid toy tractor collector. He loved hosting groups into his home to view his collection. He spent many Saturdays attending toy shows with Ruth and his grandson Ben and in later years his great grandson Deacon. He enjoyed this hobby with his neighbors Larry Whitford and Jose Whitford. He took a lot of pride in the collection of larger riding toys given to each of his grandchildren and great grandchildren.

Joe took pride in starting the Ashley Sportsman’s Club in 1967 with 13 other members. He held many offices, but the Treasurer's position was his for 20 years. Joe enjoyed skeet shooting and playing cards with the guys at the club. He was an important facilitator when the club held Bingo every week. He retired as Treasurer in 2018. He is a lifetime member of the Ashley Sportsman’s Club.

Joe worked at the Gratiot County Commission on Aging helping with the Home Chore/Repair Program. He enjoyed helping seniors to repair their homes. He and Ruth would do window washing for a few special friends. Joe & Ruth along with his sister Sally and husband John delivered Christmas Baskets to seniors for many years provided by the Commission on Aging.

Joe and Ruth have been very involved with the ZCBJ Lodge #225 as was Joe's family from the time of his parents and grandmother's involvement with volunteering for various activities. Joe has held many offices with the Lodge and retired as Treasurer in 2018. He is a lifetime member of the Lodge #225. Joe and Ruth have worked at the Ashley Country Christmas since its beginning in 2012, selling cookbooks and working at the Czech Bakery for the Polar Express Train. He enjoyed volunteering and cooking for the large dinners that the Lodge held in August and October, and with the Chicken BBQ at the Ashley Fire Department every summer.

Joe and Ruth toured many countries in Europe when their son Monte was stationed in Germany in the Air Force. Many fun filled trips were taken with Joe's brother Bob and Kendy Malek, and sister Sally and John Stoll around Michigan. Joe and Ruth also enjoyed traveling with Ruth's sister Waneta and Alton Bigelow to Alaska. Many casino bus trips were taken to the UP and various casinos around Michigan with Joe's sister Sally and the ZCBJ Lodge members.

Hunting was a major part of his life until 2018. Many trips up north to hunt with his dad and brothers provided meat for many families. Many deer were harvested from his own farm. His nephew JC Stoll was his hunting companion for the last 10 years.

Joe and Ruth attended as many sporting, church, and family events as possible. Their grandchildren and great grandchildren were such blessings to them.

Memorials may be made to the ZCBJ Lodge #225 Bannister or Gratiot County Commission on Aging. Online condolences can be made at www.smithfamilyfuneralhomes.com. The family is being served by Smith Family Funeral Homes, Ithaca, MI.

To order memorial trees or send flowers to the family in memory of Joseph Malek, please visit our flower store.