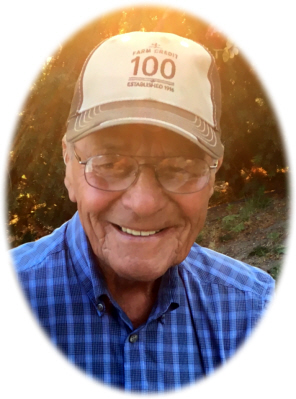 Joe was a lifelong farmer and he was also a milk hauler. He spent every morning drinking coffee and socializing with his friends. He enjoyed spending time outside, driving around looking at crops, and mowing roadsides. He was a member of St. Cyril's Catholic Church where he was an usher and also a member of the Knights of Columbus. He loved time spent with his family especially his grandchildren.

He is survived by his wife Alvina Fabus, son Joie Fabus, daughter Stacie and Chad Connelly, son Eric and Jenny Fabus, 8 grandchildren: Joie, Eyan, Luke, Sofia, Easton, Eli, Bryce, and Blayne. He is also survived by brothers: Jim and Ruth Fabus, Tom and Susan Fabus, sister Mary Ann and Alan Cobb and many nieces and nephews. He was preceded in death by his parents and many other special family members.

Memorials may be made to St. Cryil's Church or St. Jude Children’s Research Hospital. Online condolences can be made at www.smithfamilyfuneralhomes.com. The family is being served by Smith Family Funeral Homes, Elsie, MI.

To order memorial trees or send flowers to the family in memory of Joseph Fabus Jr., please visit our flower store.
Send a Sympathy Card