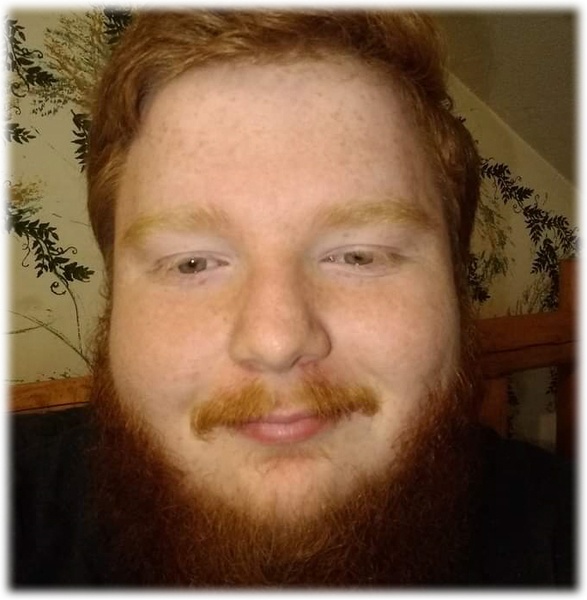 John was born in Alma, Michigan on September 11, 2001, the son of John Julius Moravik and Alma Mae (Bearden) Martin.  He graduated from Ithaca High School with the class of 2019 and when John was in High School he enjoyed being in the Model UN and played Trumpet in the Ithaca Marching Band.  John had worked for Tractor Supply Company in Ithaca, Michigan and he enjoyed going to concerts, eating out with friends, especially at Buffalo Wild Wings.  He was a gamer and enjoyed playing with a host of gaming friends especially Keagan, Matt, Nathan and Ean. His friend Ean and John would enjoy lunches together in Ithaca.

He is survived by his parents Alma Mae Martin and John Julius Moravik; his brother Joel Anthony Bearden; and his grandmother Maxine May Moravik.  He was preceded in death by his brother Corey Allen Bearden, grandparents: Ada and Harlan Bearden and Julius Moravik, and cousins: Christopher Sigafoose, Samantha Dunckel, and Amanda Bearden.

Memorials may be made to Charity of Donor’s Choice.  Online condolences can be sent to www.smithfamilyfuneralhomes.com. The family is being served by Smith Family Funeral Homes, Ithaca, Michigan.

To order memorial trees or send flowers to the family in memory of John Moravik II, please visit our flower store.