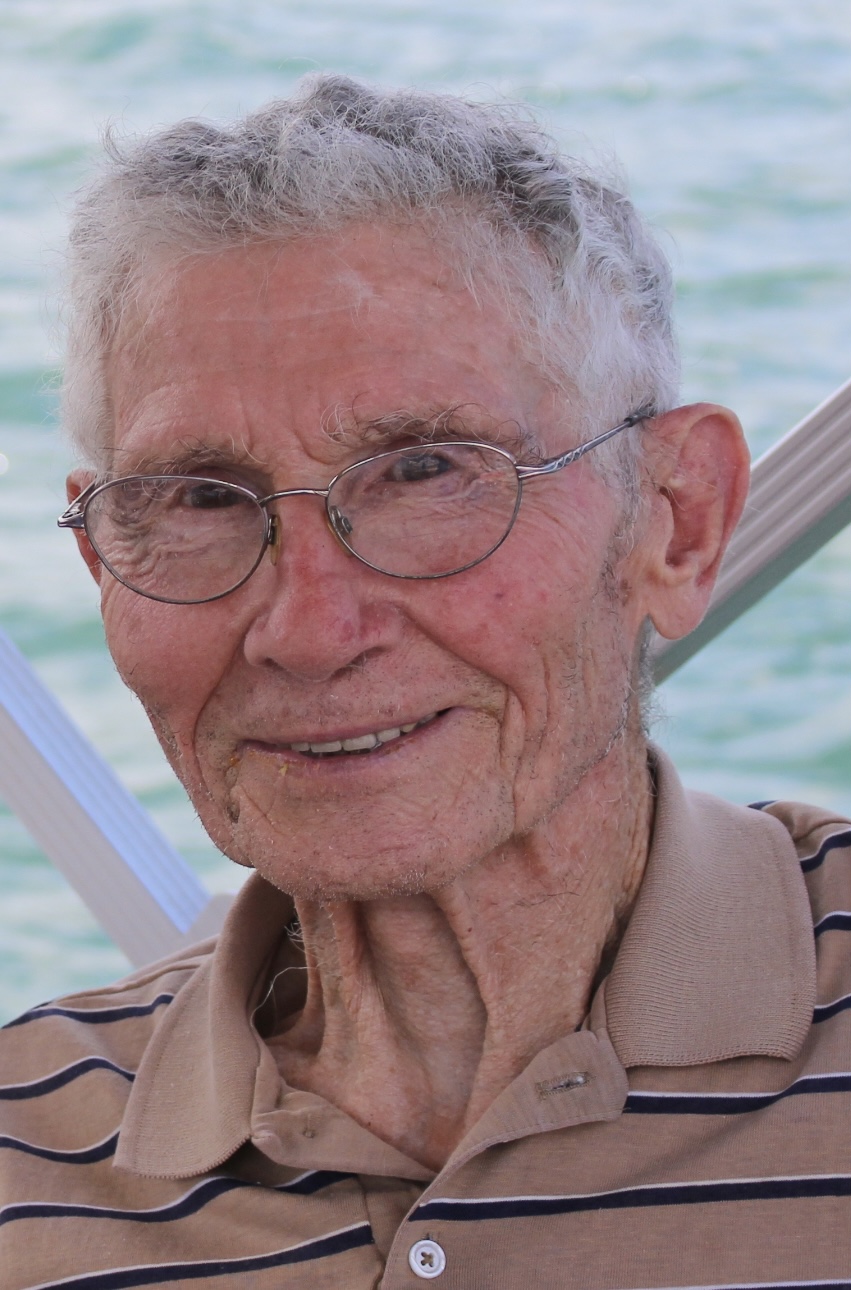 John was born in Fowler, MI, on January 6, 1928. He was the sixth son of Urban and Dorothy (Feldpausch) Fox. John was a graduate of Fowler High School with the class of 1945. After World War II ended, John enlisted in the Naval Aviation Cadet program in February 1946, immediately following his 18th birthday. They canceled the Navcad program after the war, so he went to work for his brothers Paul and Mark at International Harvester in Fowler. He was drafted into the Army in 1950 and served two years as a map maker, flying in surveillance aircraft during the Korean War. He was stationed in Japan.

When John returned from Japan he finished his degree in Business Administration at Michigan State University and graduated in 1954. He had been dating and courting his sweetheart Shirley Davarn since after high school, and they fell in love and married on May 1st, 1954 at St. Thomas Aquinas Church in East Lansing. He worked for Federal Mogul Corporation for 20 years, and was a professor, as well as an Administrative Assistant to the Dean of the Business College at Lansing Community College for four years.

John was devoted to his family and he and Shirley were blessed with four children. Following Shirley’s passing, he continued to live, which is easier said than done when you’ve spent a lifetime with your best friend and sweetheart. However, he lived knowing that one day they would be reunited. In May of 2021, he moved from Georgia back to his boyhood stomping grounds of St. Johns and Fowler. In his last year he was a member of St. Joseph’s Catholic Church in St. Johns. He was blessed with visits from his brothers and sisters, many nieces and nephews, kids, grandkids, great-grandkids, and many friends.

John was devoted to his faith and went to Mass nearly every day. He was involved in every parish wherever they lived including: Ohio, California, Massachusetts, Michigan, and Georgia. Coincidently, the parish where he was a member in Georgia was also named Holy Trinity, a name shared with his boyhood church in Fowler, where he received all his sacraments.

The family would like to offer special thanks to Emily and Jeff Wieber and the entire staff of The Maples of St. Johns, as well as Elara Caring-Hospice. Memorials may be made to Most Holy Trinity Catholic Church Educational Trust Fund. Online condolences may be made www.smithfamilyfuneralhomes.com. The family is being served by Smith Family Funeral Homes – Osgood Chapel, St. Johns, Michigan.

To order memorial trees or send flowers to the family in memory of John Aloysius Fox, please visit our flower store.