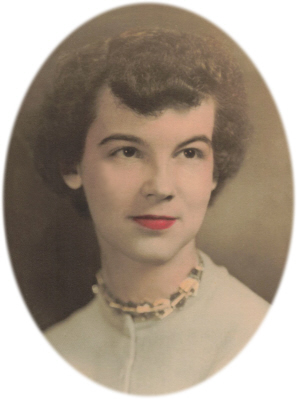 Joanne (Curtiss) DeVuyst of Ithaca, MI entered Heaven’s Gates surrounded by family at home on August 16, 2020. She was born on July 4, 1937, in Edmore, MI to Freeman F. and Lillie A. (Richardson) Curtiss. She was raised on various farmlands in Isabella County, MI. Joanne was very active in 4-H, becoming the outstanding Isabella County 4-H member in 1955 and moved on to become one of the four outstanding 4-H club members in Michigan in 1956. For her efforts she was awarded a trip to the National 4-H Camp in Washington, D.C. and once there was given the honor of being Mistress of Ceremonies for the final session at the Pan American Embassy.

Joanne attended Winn and Delo Country Schools before graduating from high school in Shepherd, MI. In high school, she was active in theater, was a varsity debater, and president of the FHA Club. Joanne was local and county Cherry Pie Queen. Then, she received a four-year tuition scholarship to Central Michigan University.

While attending 4-H Conservation Camp in 1954, she met Larry DeVuyst from Gratiot County, MI. In June of 1958, they were married in her home church, the Winn United Methodist Church.

Joanne graduated from CMU in January 1959 as class salutatorian. She taught home economics and science in several central Michigan schools and then received her MA in Guidance and Counseling from CMU in 1968. She was counselor and/or Director of Guidance and Testing at St. Louis, Farwell, and Ovid-Elsie Area Schools, before retiring from education in 2000.

Joanne and Larry farmed for many years near North Star, MI, building a cash crop and farrow-to-finish hog operation. They were avid hunters and hunted in many states. In 2000, Joanne received the Michigan Department of Natural Resources Exceptional Outdoor Woman award.

Both Joanne and Larry were heavily involved in Republican politics. In 2001, she was appointed by President George W. Bush as Michigan State Director of Rural Development. Joanne retired again in 2003, and she and Larry moved to Texas to develop DeVuyst Game Ranch near Lometa, TX. In 2012, they moved to a smaller game ranch near Lampasas.

Joanne was blessed to know and love Jesus. She witnessed to countless people and was a prayer intercessor at the New Covenant Church in Lampasas. After moving back to Ithaca, MI, Joanne attended the Church of God.

In addition to her parents, she is preceded by her in-laws Maurice and Anna DeVuyst, brother in laws: Richard DeVuyst and Dale DeVuyst, sister in law Ruth Curtiss.  Survivors include her husband of sixty-two years, Larry of Ithaca, MI; her sons: David and Sonya of Tyler, TX; Kendall and Jo of Gladwin, MI; Eric and Cheryl of Morrison, OK; and daughter Marianne and Jason Mallek of Brownsburg, IN; thirteen grandchildren and twelve great-grandchildren; her brother Jim Curtiss of Prescott Valley, AZ; and sister-in-law Lois DeVuyst of Parrish, FL; as well as a host of cousins.

Funeral Services will be held at Smith Family Funeral Homes, Ithaca, MI on Thursday, August 20, 2020 at 11 am. Visitation will be held on Wednesday, August 19, 2020 from 2 – 8 pm. with the family present from 2-4 & 6-8 p.m.  Burial will take place at North Star Cemetery, North Star, MI.  A separate memorial service is being planned for the fall in Lampasas, TX.

Memorials may be made to the Lampasas, TX New Covenant Church Generations Fund, to Kali’s Cure Fund in Alma, MI or Ithaca Church of God. Online condolences can be made at www.smithfamilyfuneralhomes.com.  The family is being served by Smith Family Funeral Homes, Ithaca, MI.

To order memorial trees or send flowers to the family in memory of Joanne DeVuyst, please visit our flower store.