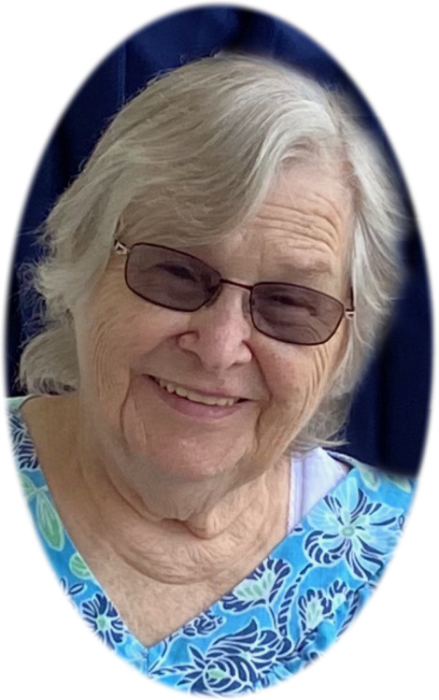 Cremation has taken place and the family will have a private memorial service.

Joan Hopkinson Cook, age 90, passed away peacefully with family by her side on October 15, 2021 at Rosewood AFC in Ithaca, MI, the town she called home for the majority of her long and blessed life. She was born on March 3, 1931 to Lynn and Beulah Hopkinson and joined siblings Bill, Margie, and Mary.

Joan went to work at an early age to support her family and eventually settled into a career as a caseworker for the Department of Social Services.  It was a stressful job, but the people she worked with were always a bright spot for her and she continued there until retirement.  In her later years, she spent time volunteering at the Commission on Aging and contributed significantly to the schools via her dedicated lottery play.

While Joan lived for most of her life in Ithaca, she would often travel to see her two sons wherever they were stationed around the United States during their long careers working for the government: Hawaii, Colorado, and Alaska being her favorite destinations.  Her hobbies were shopping, reading, dreaming of hitting the lotto jackpot, spoiling her family, bowling in leagues and attending tournaments around the state of Michigan.  Her sons made her very proud, and she was quite happy when they retired and both moved back to their childhood hometown.

Joan thought there was no greater joy in life than her three grandchildren, especially during their summer visits to Ithaca.  That proved untrue though as each of her eight great-grandchildren came along.  She took such pride in the name “Great-Grandma” and filled that role very well. She would never miss a birthday or holiday and would always send each of them a themed card with a crisp $2 bill inside.  She loved family gatherings, holidays, and especially Christmas since it brought everyone together.  Those times also gave her a reason to make her signature Baked Bean dish.  We’ll never give away the secret recipe but can say the phrase “that’s too much sugar” was not in her vocabulary.

So many people don’t get the chance to know their Grandma or Great-Grandma at all and we were fortunate to have shared life with her for so long.  She played the lotto so she could win and take care of her family, but never realized that we already had everything we needed due to her generosity and love.  Joan’s greatest fear was that her family would forget her, but that will never happen as there are too many reminders of her surrounding all of us.  She molded a beautiful family out of half a household and there is no greater legacy in the land.

Our family will be forever grateful to Myra Ruthig and her wonderful staff for the compassion and care provided to Joan over the past two years.  We would love for Joan to be remembered by the things that brought her joy, so call or go visit someone you haven’t seen in a while and “have a chair”, stop and buy a lotto ticket on your way home, and always take an extra slice of pie home with you.  Donations and memorials can also be sent to Commission on Aging, 515 S. Pine River St. Ithaca MI 48847 as the agency and its Director were near and dear to Joan’s heart.

A private ceremony will take place at the Ithaca Cemetery, where love and laughter will surround Joan’s final resting place.  Thank you to our friends and family for the kind words, prayers, and positive vibes shared during our loss.

To order memorial trees or send flowers to the family in memory of Joan Cook, please visit our flower store.

Cremation has taken place and the family will have a private memorial service.