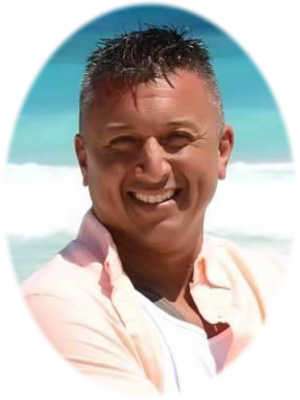 Jesse was born in Alma, MI on August 7, 1972, the son of Arthur and Lizabeth (Castillo) Sanchez. Jesse married Jerilea Stahl on June 5, 1999, in Breckenridge, MI.

Jesse loved being with his girls, family and friends. He enjoyed riding his Harley, golfing, fishing and hunting. He also liked spoiling his dogs and cats. Jesse was employed as a Team Leader at General Motors. He was a member of the UAW Local 602.

father and mother in law James and Kristy Stahl, mother in law Barbara Stahl, siblings: Arthur III and Tracy Sanchez, Mekeila and Jose Sanchez-Gomez, brothers in law: James II and Julie Stahl, Jason Stahl, sister in law Samantha and Kyle Hill, and brother in law Jake Stahl. He is also survived by many aunts, uncles, nieces and nephews.  He was preceded in death by grandparents Lee and Otimia Castillo, Arthur and Mary Sanchez, and aunt Louisa David.

Memorials may be made to the family for a college fund that will be set up for his daughters. Online condolences can be made at www.smithfamilyfuneralhomes.com. The family is being served by Smith Family Funeral Homes, Ithaca, MI.

To order memorial trees or send flowers to the family in memory of Jesse Sanchez, please visit our flower store.
Send a Sympathy Card