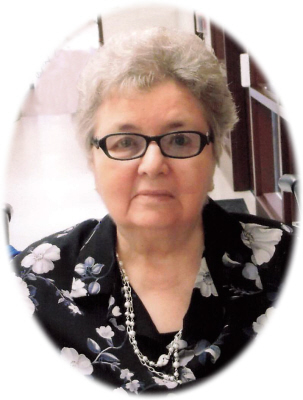 Funeral Service will be held at Smith Family Funeral Homes - Houghton Chapel, Ovid, MI, on Friday, April 2, 2021 at 7:00 P.M., with Elder Dan Earl officiating.  Visitation will be held on Friday from 2-8 P.M. at the funeral home.  Burial will be held at a later date at Maple Grove Cemetery, Ovid, MI.

Jeanette was born in Ovid, MI on June 17, 1935, the daughter of D.O. and Georgia E. (Thompson) Wakefield. She graduated from Ovid High School with the class of 1953.

Jeanette's family was the most important thing to her. She enjoyed camping and taking the grandchildren on trips. She liked to eat frostys, cheeseburgers, french fries and ice cream. Jeanette was an avid reader and a faithful follower of her soap operas. She was a great cook and always enjoyed fixing big family meals. She and Rolland enjoyed Friday game nights with family and friends. She was one of the last surviving "Ovid Rejects" camping group.

Memorials may be made to St. Jude Children's Research Hospital. Online condolences may be made at www.smithfamilyfuneralhomes.com. The family is being served by Smith Family Funeral Homes - Houghton Chapel, Ovid, MI.

To order memorial trees or send flowers to the family in memory of Jeanette Gruesbeck, please visit our flower store.
Send a Sympathy Card